Home Features IS BELIZE IN FOR A CONSTITUTIONAL CRISIS?
Features

IS BELIZE IN FOR A CONSTITUTIONAL CRISIS? 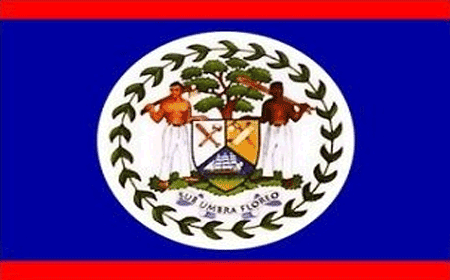 I write as a former member of the Public Services Commission of Belize (October 23, 1993 – October 23, 1998), the judico-administrative body that manages the public service on behalf of government. I was appointed by Her Excellency Dr. Dame Minita Gordon for a period of three years and re-appointed by His Exellency Dr. Colville Young for a period of two years as per Article 105 of our Constitution. I am deeply concerned that since the November 11, 2020 general elections and with the change of government, there seems to be an impasse with the work and duties of the Public Services Commission (PSC) and the current Briceño administration.

Prime Minister Juan Antonio Briceño announced that he wanted all previously UDP-appointed officials to resign from their posts (BTL, DFC, Elections and Boundaries Commission, etc). Any constitution lawyer will confirm that the Public Services Commission (PSC) does not fall in that category. PM Briceño seems to be on a collision course with the PSC. The confrontation between government and the PSC is now in the public domain. It was first published in the Friday, January 29, 2021 edition of the Amandala on page 7, “PSC defies Briceño administration”, and again on the front page of the February 5, 2021 edition of the Amandala, “PSC members won’t resign”.

I am concerned that the confrontation between the Briceño-led administration may evolve into an international embarrassment for Belize, especially in Commonwealth jurisdictions that inherited the English system of jurisprudence and that have Public Service Commissions like Belize. Prime Minister Briceño should understand that the Public Services Commission is not a political arm of any political party in Belize. Neither is it under the umbrella of the UDP or PUP. Appointed under a UDP administration, the PSC is not beholden and cannot be beholden to the UDP. Our constitution is clear and straightforward on the duties and functions of the PSC. Article 105 creates the PSC; article 106 empowers the Public Services Commission.

Once a member is appointed to the PSC and signs the Oath of Allegiance, only the Belize Advisory Council can recommend to the Governor General the removal of such a member, and that can only happen if the member breaches Article 121 of the Constitution (Code of Conduct). For the benefit of the Belizean public, I will quote from our Constitution:

Article 121. – (1) The persons to whom this section applies shall conduct themselves in such as not –

a) to place themselves in positions in which they have or could have a conflict of interest;
b) to compromise the fair exercise of their public or official functions and duties;
c) to use their office for private gain;
d) to demean their office or position;
e) to allow their integrity to be called into question; or
f) to endanger or diminish respect for, or confidence of the Government.

Article 105 of our Constitution creates the Public Services Commission. Subsection 13 of article 105 reads: “THE COMMISSION SHALL, IN THE EXERCISE OF ITS FUNCTIONS UNDER THIS CONSTITUTION, NOT BE SUBJECT TO THE DIRECTION OR CONTROL OF ANY OTHER PERSON OR AUTHORITY”. (This insulates the PSC from political interference).

Subsection 15 of article 105 reads. “Subject to the provisions of this section, THE COMMISSION MAY REGULATE ITS OWN PROCEDURE.” (my emphasis).

It does not take a legal scholar to confirm that what PM Briceño intends to do with the composition of the PSC is unconstitutional and therefore ultra vires. It does not bode well for our democracy.

Article 106 of our Constitution empowers the PSC to make appointments to the public services, to confirm appointments, to pay acting and responsibility allowances, to do promotions, to discipline public officers, to grant study leave with pay, to pay gratuities and pensions, to do ex gratia payments to deserving public officers. The PSC can demote, fine (but not confine) public officers in disciplinary cases. One of the duties of PSC members is to send firm, unequivocal written advice to the Governor General on the disbursements of the Consolidated Revenue Fund (general revenue or public monies).

Once a public officer is appointed and the appointment is CONFIRMED no person or authority can remove that public officer unless he/she violates article 121 of our Constitution. Public officers leave the public service when they reach the mandatory retirement age of 55.

If “PSC members won’t resign”, it is because they don’t have to. They are not doing any constitutional breaches. Our Constitution allows for appointments of three years to the PSC in the first instance and for a further two years in the second instance. The statutory life of the current PSC will eventually come to an end. Not all members are appointed at the same time. When a member leaves and a new one is appointed, there is continuity in the work of the Public Services Commission.

Article 107 of our Constitution empowers PM Briceño to make appointments of his personal choice in the recruitment of public officers who will collect personal emoluments from taxpayers. That is his personal prerogative. The PSC has nothing to do with those appointments. On the front page of the February 5, 2021 edition of the Amandala, it also reads “Ian Haylock challenges Comptroller Leslie’s appointment”. This could be PM Briceño’s first constitutional crisis. I really want to see how the Supreme Court will rule on this case.
PM Briceño has five lawyers in his Cabinet: Eamon Courtenay, Hon. Michel Chebat, Hon. Dolores Balderamos-García, Hon. Kareeem Musa and Magali Marín Young, who should be providing him with sound legal advice on how to handle his crisis with the PSC. If this matter escalates into a constitutional crisis, Belize will be the laughing stock of the Commonwealth. Our democracy will be profoundly impaired. A word of advice to the wise should suffice. Let’s not open a can of worms.

I left the Public Services Commission 22 years ago when my judicature officially came to its statutory end. While I have not been involved with public service affairs, I hold the public service very dear to my heart. I want to see a robust, efficient, progressive, and prosperous public service for Belize. It can be done, but it requires political will.