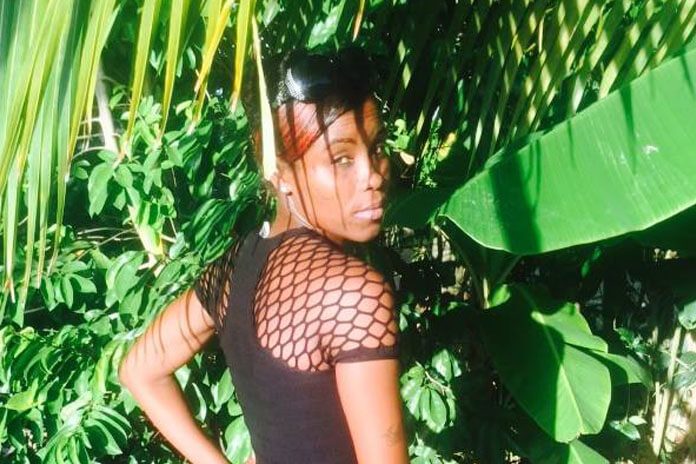 She was seen with wounds on her head and on her neck, and she was semi-nude.

Friends of Garcia told police that she was seen alive and well on Friday evening, socializing in the Back-a-Town area with others, and she left at about 9:00 p.m. for an unknown destination.

She was not seen again, and at about 7:00 Sunday morning, people on the town pier saw a body floating in the sea and called police. Police said that they found a woman floating face-down in the water, with injuries.

Her sister said that she had been receiving threats from a man who was obsessed with her, and those threats had been so intense that she had left Dangriga for about a month, but the threats continued.

Beside the threats from this man, Garcia had no conflicts with anyone, said her family. She loved to “hang out” and was well-known. She was very socially active and interacted with many people.

Her 19-year-old daughter, who lives in Belize City, said that her mother was caring and went out of her way to please others. ACP Joseph Myvett of the Police Department said that Garcia spoke to police officers on Friday night, and she was well.

Those who know her said that Garcia loved to socialize, and that she regularly visited the Back-a-Town area, where some relatives and friends of hers reside.

The motive for the murder of Garcia is not known. ACP Myvett said that they are looking for a man who they believe can help with the investigation.

Facebook
Twitter
Pinterest
WhatsApp
Print
Previous articleEstate of US nurse who died in traffic accident files wrongful death claim
Next articleBandits – Verdes, 1-1 in PLB Finals Game 1; Game 2 “for all the marbles” this weekend