Jealousy and rage lead to murder! 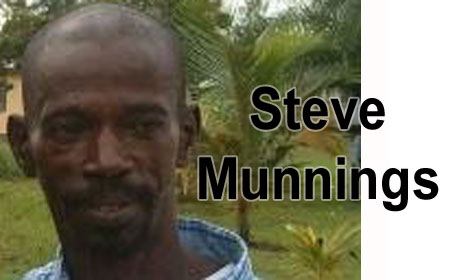 BELIZE CITY, Mon. July 20, 2015–A Hattieville man who was charged by police with a single count of murder was arraigned today in the Belize City Magistrate’s Court and remanded to the Belize Central Prison until October 20, when he is scheduled to return to court.

Hugh Dyer, 31, was arraigned before Magistrate Ladonna John this afternoon. Dyer has been charged with the murder of Steve Munnings, 47, which occurred yesterday, Sunday, in Hattieville, at Munnings’ Myvette Street home.

Police reported that when they went to Myvette Street at 2:50 p.m., they found Munnings lying injured inside the yard.

“Also found on the scene was a piece of 2 x 4 board believed to be the weapon used on Munnings,” the police report said.

The Hattieville resident wanted his
ex-common-law wife’s house keys, and killed the workman who had it, police say

From all accounts, it appeared that Dyer was suffering from a fit of jealous rage when he demanded that his ex-common-law wife, Michelle Breakman, 26, hand over her (Breakman’s) house keys to him.

Police reported that Dyer went to Breakman’s friend’s house, where Breakman was at the time, and made the demand by assaulting her and putting a knife at her throat.

Breakman allegedly told Dyer that Munnings had the key to her house. It is at this point that the story took a dramatic twist.

While police reported that Dyer accompanied Breakman to Munnings’ house, Amandala has learned that Breakman went by herself to Munnings house in an effort to retrieve the key from him, and alerted him that Dyer was in a rage over him having her house keys, and was threatening that he would beat him up.

Munnings was sharing the home of George Oshon, who gave him a room to live in.

Oshon told Amandala that his children, who are all grown, were very happy that he found someone to share the house with.

“My wife had died and Munnings was separated from his wife, so I offered him a room to live in,” Oshon explained. Munnings had shared the house with Oshon for a year and some months.

Oshon described Munnings as a good-natured man who did not trouble anyone. “I was glad to have him here,” Oshon said.

Oshon said that he was not at home when the incident occurred.

“That would not have happened if I was at home,” said Oshon.

Oshon said that, based on his understanding of what transpired, Munnings had been talking to Breakman at the gate and when her ex-common-law husband (Dyer) came, Munnings went to get the key to give to him.

Ian Young, one of Munnings’ brothers, said that when he heard about the incident, he went by Mr. Oshon’s house and saw his brother lying on the ground. Police had already covered his body with a sheet.

Young said he can’t make any sense of what happened. He said that it seems that his brother was cooking when he was called out of the house and went to the gate, where he met his death.

Munnings was a father of three adult children.