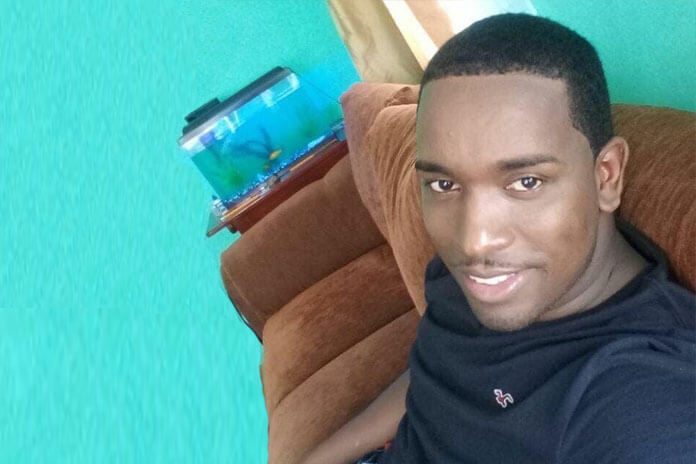 BELIZE CITY, Thurs. Nov. 14, 2019– The life of another Belize City man was lost as a result of senseless gun violence. Jiovanni Lennan, 30, a fireman of Welch Street, was killed at about 8:30 tonight on Welch Street near its junction with Gibnut Street.

Residents of the area told us tonight on our visit to the scene that Lennan was playing basketball at Rogers Stadium. At the end of the game, he rode out of the stadium on his bicycle into Dolphin Street, in the direction of Yarborough, and made a right turn into Gibnut Street, and then made a left turn into Welch Street.

Lennan had just ridden into Welch Street when a gunman came up behind him from Gibnut Street, fired at him, and then escaped.

Lennan was struck in the head and back, and fell off his bicycle. He died almost immediately.

Police who were on patrol in the area made quick searches in the area, and a man believed to be the shooter was found and taken into custody.

An investigation has begun into why the young fireman was killed, but those who know him said that he was easy-going and friendly. He was living with his common-law wife on Welch Street.