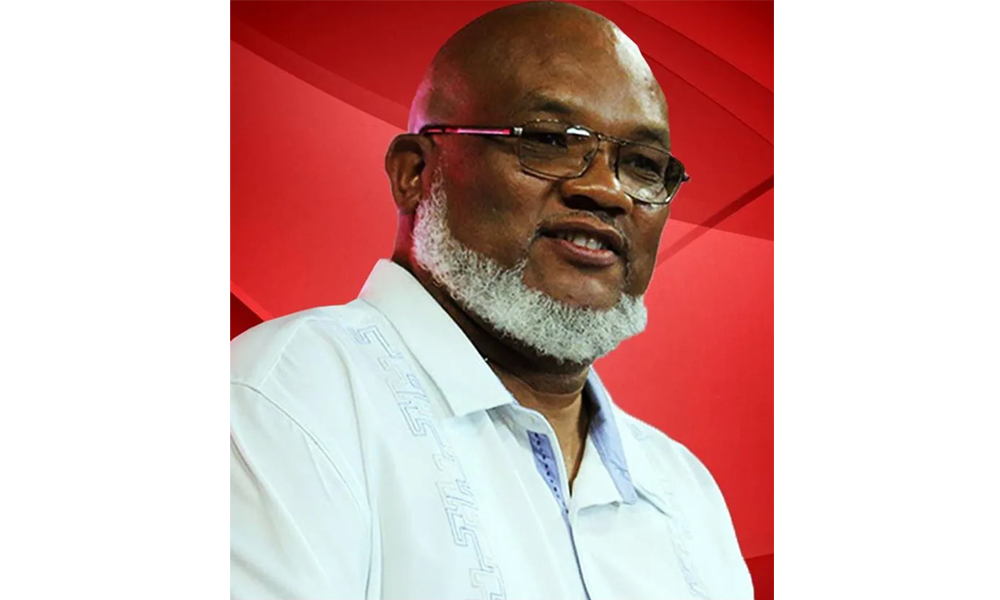 John Saldivar, former UDP Minister of National Security, who was designated several weeks ago as “significantly corrupt” by the US State Department, and whose political career seemed to have come to an end following a decision by a UDP Special Committee on December 2 to prohibit him from representing the party as a standard bearer, is now expressing loads of gratitude after the UDP’s National Party Council (NPC), in a Zoom meeting held on December 17, overruled the Special Committee’s decision. That reversal paved the way for Saldivar to participate in an upcoming Belmopan UDP convention on February 5 in an effort to once again become the UDP’s Belmopan standard bearer. He is also expected to reclaim his posts as interim caretaker of Belmopan and Western Regional leader for the UDP.

After it was announced, however, that Saldivar had appealed the decision and that a meeting of the National Party Council, the second highest decision-making mechanism within the party besides the national convention, had been scheduled, the finality of that decision became less of a sure thing— especially due to the support given to Saldivar by the UDP Caucus for Change, to which reportedly 20 constituency caretakers belong.

And on December 17, the National Party Council voted 43 to 39 in favor of allowing Saldivar to seek to represent Belmopan as standard bearer. He will thus be one of three candidates to seek to be elected at a UDP Belmopan convention on February 5.

Despite his earlier statements, Hon. Barrow has seemingly accepted the NPC decision. “As Party Leader I am bound to yield to the Democratic majority of the NPC,” he said.

UDP chairman, Michael Peyrefitte, in reference to Barrow’s stance, told 7News, “… like he made very clear to the National Party Council afterwards that he took a position, but the decision of the NPC is a decision of the NPC, and nobody is bigger than the NPC and sometimes you take positions and you are outvoted by the majority …”

Questions have surfaced, however, about how that process was carried out on Saturday, December 17, via Zoom, and whether it was fair and inclusive. Public statements by two elected UDP area representatives—Hon. Tracy Panton (Albert area rep), and Hon. Patrick Faber (Collet area rep)—have cast light on what they allege was inappropriate conduct during that meeting. Panton made reference to a hostile atmosphere at the meeting and claimed that her chairperson and secretary weren’t allowed into the meeting. Faber said that he was kicked out of the meeting and that he was blocked from re-entering. He even posted a screenshot to show that he was denied entry.

There have been additional reports that other persons who were to have participated in the voting were not able to join the meeting.

When 7News’ Jules Vasquez mentioned the allegations of Panton and Faber, who as a member of the National Assembly should have had a seat on the NPC, and the possible impact of the apparent shutout on the outcome of the meeting, he said, “Like I said, the meeting was carried, the decision was made, and we move on.”

Peyrefitte, when asked by Vasquez whether there was “misconduct or a less than inclusive and optimal behaviour in the management of that zoom NPC”, gave a one-word response: no.

He would later insist that “there was nothing wrong with the meeting” and that the persons claiming otherwise “tend to make allegations every single day”. “After a while you don’t simply have time to entertain all of them,” he said.

In reference to Hon. Panton’s assertions that there was an absence of cordiality at the meeting, he said “there were hard words throughout the meeting and it was about 2-3 hours, and I don’t think that we ever don’t have harsh words during a UDP meeting. We are not monolithic; we’re a democratic party and the constitution encourages harsh words and back and forth. That’s the medium where you do it.”

When further prodded by Vasquez about the possible misconduct during the meeting, he stated, “Well, you see, Jules, you hear about court, then they hire lawyers, then the whole press conference with prominent attorneys in the middle explaining violations of the constitution. I have to keep my words to myself in the event we end up in court.”

Saldivar, on the other hand, has expressed much jubilance and goodwill in his social media posts since the NPC decision.

“There are certain principles by which we live that are fundamental to a just society. The principle of innocent until proven guilty is one such. From the bottom of my heart, I thank all those members of the National Party Council who stood bravely in upholding justice. No matter how others may interpret it, your bravery has saved our Party and it will prove in the months and years to come. I put all that has been said and done behind me and challenge all who love our Party to move beyond this past and let’s chart a new way forward for our Party leaving no one behind,” Saldivar posted in his Christmas message on Facebook.

He pledged “unwavering support” for UDP leader Hon. “Shyne” Barrow and said he felt compelled to call for the inclusion of Patrick Faber, as well as Tracy Panton and other elected area representatives.

“I also call on those leaders to respect and support our Party Leader. Let us draw a line and cease the hostilities. Let us hover around each other and treat everyone with respect,” he stated in his post.

On February 5, 2022, Saldivar will be seeking to be selected at a Belmopan convention to be the UDP’s standard bearer for that constituency. Two other candidates who will be vying for that post at the convention are George Lovell, who is a former BDF soldier and also served as CEO in the Ministry of National Security while Saldivar was the National Security Minister; and Emil Torres, According to reliable sources from Belmopan, Saldivar and Lovell are also in-laws.

It’s worth noting that former Belmopan mayor Khalid Belisle, who had also been seeking to serve as UDP Belmopan standard bearer, sent a letter to the Secretary General of the UDP, Juliet Thimbriel, in which he signaled that he would be withdrawing his candidacy and returning to life as a private citizen.