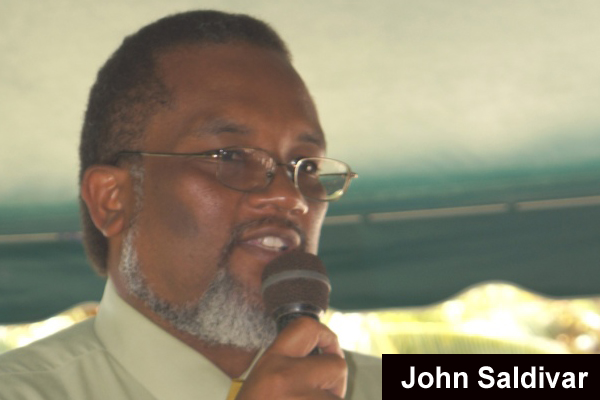 Acting Prime Minister John Saldivar this afternoon trumped chairman of the Public Accounts Committee (PAC), the Opposition People’s United Party Cayo South area representative, Julius Espat, after the three other United Democratic Party members on the Committee sided with him to force public meetings of the Committee, starting September 23, when government audits dating as far back as 2003 are to become the subject of public scrutiny.

The other members of the Committee, apart from Saldivar and Espat, are the UDP’s Mesopotamia rep Michael Finnegan and the PUP’s Stann Creek West rep Rodwell Ferguson.

Espat stuck to his proposed agenda – that only the 2010-2011 government audit, tabled during his tenure as PAC chair, should be scrutinized by the committee. After a 4-2 vote in favor of Saldivar’s proposal—the UDP holds four seats on PAC and the PUP holds 2—Espat and Ferguson walked out. Saldivar chaired the rest of the meeting.

Speaking with us after the meeting, PAC chairman, Julius Espat, said that he is not surprised by what transpired at the meeting. In fact, he said, it was exactly what they knew would have happened. Asked what would be his response to what has transpired, Espat said the Opposition will start public consultation immediately on the PAC.

Meanwhile, the ruling United Democratic Party plans to proceed with public meetings the last Monday and Wednesday of every month, starting September 23 and 25, 2013.
We understand that special invitations will be sent out to the media and the social partners—the unions, the private sector and the churches—to attend what will be public meetings of the PAC.

A statement the PUP issued today asserts that, “We will not participate in any effort by the Government/UDP Cabinet to undermine the legitimate authority of the Chairman of the PAC and to play games with the Belizean people.”

It added that, “This committee should not be used to play partisan politics and try to needle out public servants for wrongdoing. The intention should always be to make sure that systems are in place to ensure efficiency in the way the Government spends public funds. Once we find out where the errors are, then we find a way to correct them. It has been proven in other countries that the best oversight is making sure the public has access to how the system works, and access to usable information.”

Whereas the Prime Minister told the press Monday that the Government had compromised and would be content with the review of only one pre-2008 report and the last audit report, today, the proposal put on the table—and carried by the ruling party majority—was for the review to span a total of 8 years’ of reports – 2003-2011.

A statement from the National Assembly said that apart from the regular audits, three special audits will be considered: that on the soybean project, on the issuance of national lands and leases, and that on the Venezuelan housing grant.

We understand from one government official that an item that may be questioned in the old audit reports is a grant of $750,000 supposedly given from the Venezuelan Housing scheme for home improvement.

As to whether the meetings can proceed if Espat decides to boycott, we were advised by a National Assembly official that if that does happen, there is provision for a chairman to be sworn in at each meeting where the chair is absent.

“The witnesses to be summoned will include the current Auditor General and all former Auditor Generals, as well as the current and former Chief Executive Officers and the Finance Ministers of all the different government ministries,” the National Assembly statement said.

It added that the PAC expects to have social partners, the media and the public in large attendance.