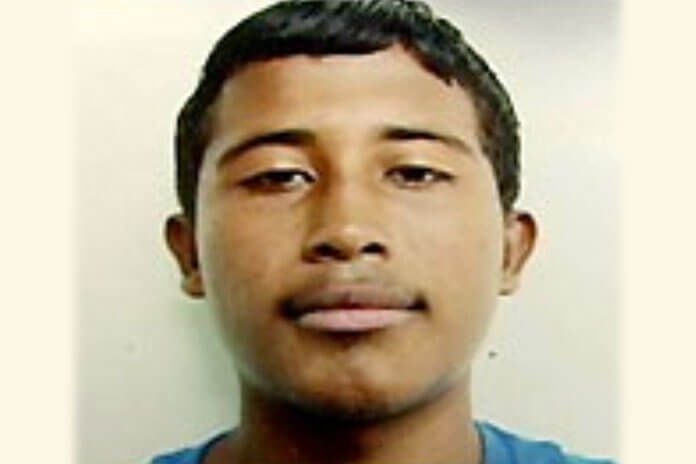 This is the second time that Teck, of a Kelly Street address, has been shot

BELIZE CITY, Thurs. Nov. 21, 2019– Justin Steven Teck, 24, of Kelly Street, is presently in a critical condition at the Karl Heusner Memorial Hospital after he was shot tonight in his abdomen and grazed in the head by an unknown gunman at a distance of about 350 feet from the Queen Street Police Station while walking on New Road on the sidewalk by the NBZR car wash.

Teck told police that about 7:30, he was walking towards Queen Street when he was shot. He was taken to the hospital by paramedics in a BERT ambulance.

On our visit to the scene tonight, we saw two pools of his blood, which indicates that he was shot about six feet away from where he fell onto the pavement, which is where he was found.

The motive for the shooting is unknown, and no one has been arrested so far.

This is not the first time that Teck has been shot. On September, 27, 2011, he was walking on Freetown Road when two men came up and fired at him. Teck was struck in the head and body and was rushed to the Karl Heusner Memorial Hospital, where doctors admitted him in a critical condition. His prognosis was grim, and they gave him a slim chance of survival, but he pulled through and recovered.

In 2011 police charged two men with shooting Teck — Mark Gentle, 28, and Michael Gladden, 21, both of Belize City. They were jointly charged with attempted murder, dangerous harm, use of deadly means of harm and conspiracy to commit murder and were remanded.

They were later given bail, during which time Mark Gentle was shot and killed. The charges against Gladden later fell apart, and he was acquitted.