Home Highlights KREM will be on the river for this year’s La Ruta Maya...
Highlights 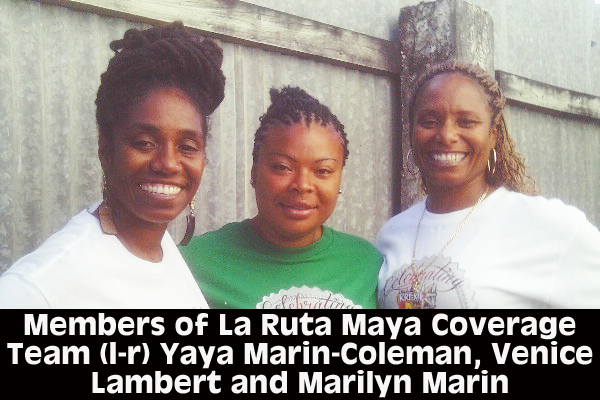 The yearly spectacle of canoes and paddlers which has become known as the Belikin La Ruta Maya Belize River Challenge will come to pass this coming weekend, and for the first time, an all-female coverage team representing KREM Radio will be bringing live play-by-play coverage of the event to radio listeners across the country for the entire 4-day duration of the canoe race.

Scores of paddlers and fans will converge on the banks of the Macal River in San Ignacio this Friday to either participate in, or witness the start of the event, and the KREM team promises to broadcast all the thrills and spills that occur along the way.

The event will be a 4-day, 180-mile race, in which 300 male and female paddlers of different ages in 100 canoes will compete.

One of the Belize Defence Force’s military nurses, Venice Lambert, will also be a part of the KREM team. She spoke about her role in providing the coverage. “We will be providing facts along with interviews so that radio listeners feel like they are there on the spot with us”, she said.

Another member of the team, Marilyn Marin, stated that they are going to provide coverage throughout the race, at all the intervals where the race starts and stops. She told us, “We are an all-female team; we are here with a passion and energy, and we will be following the race the whole way.”

The broadcasters explained that along the course of the race, they will be describing as best as possible, the sights and sounds of the race, which has risen in popularity since the first race was held 16 years ago in 1998.

The KREM team is made up of three female journalists, which include Samiyyah Andrewin-Miranda, Marisol Amaya and Yaya Marin-Coleman, and two females with military backgrounds, Marilyn Marin and Venice Lambert, who will assist with logistics.

After leaving from the foot of the Hawkesworth Bridge on Friday morning, the race will conclude at the Belcan Bridge in Belize City on Monday, where throngs of Belizeans and visitors are expected to congregate in order to view the ending of the exhausting but popular watercourse competition.