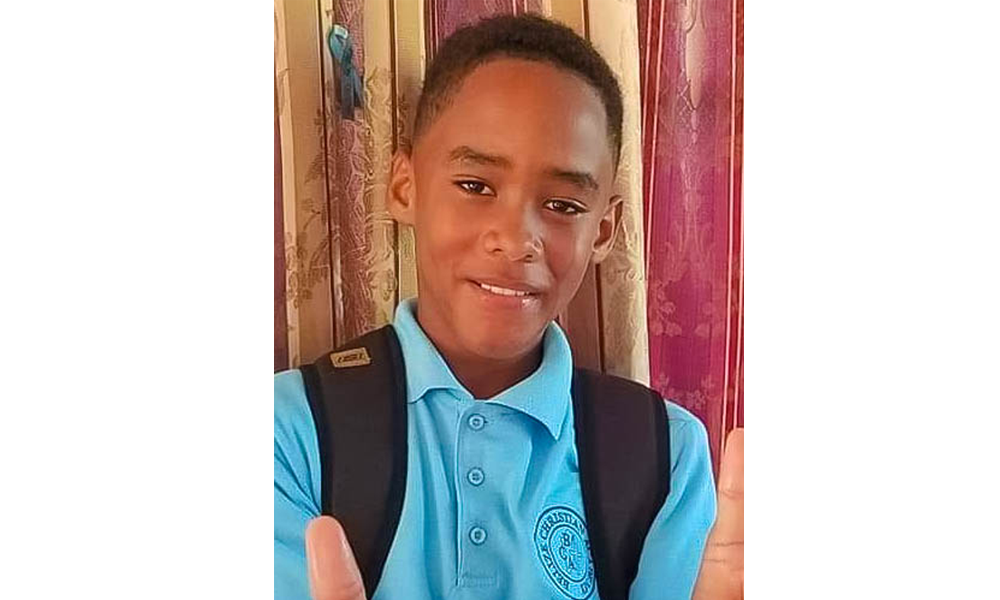 The trial of Police Officer Kareem Martinez, who was charged with firing the shot that killed 14-year-old Laddie Gillett in Placencia Village, Stann Creek District on July 14, 2021 is set for Monday, January 23 in the Southern Session of the Supreme Court before Justice Antoinette Moore.

According to an AMANDALA report of the incident, Gillett, originally from the Cayo District, was on vacation in Placencia with his parents, and at the time of the incident he was running along with a friend, 19-year-old Thomas Palacio, in the direction of the place he was staying, Chabil Mar Villas. The youths had reportedly just escorted a young lady to her home, and were running because they were trying to avoid being caught outside during curfew.

Along the route they encountered two individuals dressed in dark attire and, suspecting that the men in dark attire might be robbers, they increased their speed. One of the men responded by firing a single shot, the shot that ended Laddie’s life. Laddie was rushed to the Placencia Polyclinic, but he was already dead when he arrived there.

The man who fired the shot is alleged to be Martinez. At the time of the incident he and his companion, a fellow officer, were reportedly responding to a complaint by a resort on the peninsula that the establishment had been burglarized.

Martinez was later arraigned in the Belmopan Magistrate’s Court, where he was slapped with one count of manslaughter for Gillett’s death, and released on bail of $8,000.

Gillett lived with his adoptive parents, and both they and his biological parents considered the manslaughter charge a “slap in the face.” Laddie’s adoptive father, Emil Bradley, told the media that he believed Martinez acted intentionally, and the charge is not severe enough and does not fully match the gravity of his actions.

“All I can say is that it is not what we expected. You know, I mean, we’ve asked, we waited, we wanted justice. I mean, manslaughter, I just don’t see it as a fit charge… [you are] from a trained and disciplined body, and you are allowed to carry a firearm, you should have some level of training to know from the time [you] pick up a firearm and point it at somebody and you pull the trigger, you could kill this person; this is not a toy,” Bradley said.

There were outcries against the police for the brutal, senseless killing of Laddie, and candlelight vigils were held throughout the country in remembrance of the youth. The ‘Justice for Laddie Foundation’ was also created. The spot where Laddie was shot and killed is being reserved as an area of peace in the community.

Martinez is reportedly being represented by attorney Oscar Selgado while Javier Chan, Senior Crown Counsel, will be acting as prosecutor.