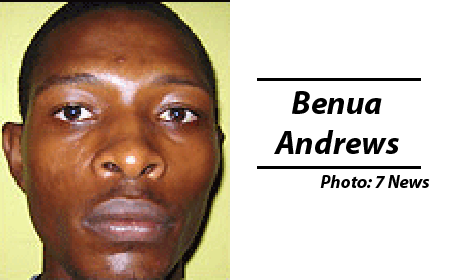 Andrews and Myers told police that they were standing in a yard at the corner of Marigold Lane and Jasmine Street when a lone gunman came up and fired about 10 shots at them. The gunman then ran into Marigold Lane and disappeared.

The men were rushed to the Karl Heusner Memorial Hospital by a BERT ambulance, and were admitted in a critical but stable condition.

The motive of the gun attack is unknown.

Police have started an investigation, and so far, one man has been detained, who police believe can be of assistance to that investigation.