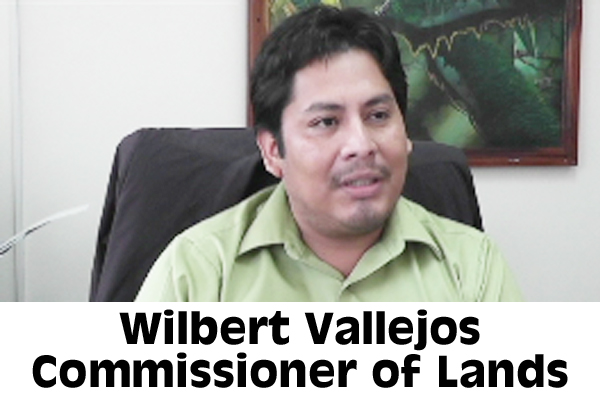 He agrees that no compensation should be given for Parcel 3820

Two land disputes which have been much in the news over the past few weeks involve pieces of land contained within Seashore Drive Park, located in the Caribbean Shores area in Belize City, and Guadalupe Park, which is situated in the downtown area of Orange Walk, within the boundaries of the Orange Walk East constituency.

Both disputes involve public spaces which were in the process of being acquired by highly-connected private owners; however, both landowners aborted the proceedings when insiders from within the same political organization “blew the whistle.”

In the north, Guadalupe Park became the focus of a land dispute which came to light just weeks before a UDP convention was to be held in Orange Walk East involving former Assistant Commissioner of Police turned politician, Elodio Aragon, Jr. who happened to be a political aspirant in the same constituency.

Amandala understands that the property was donated to the community in 1975 by Angel Castillo, who had requested that it be used as a park and named in the honor of his late wife, Guadalupe.

Today, however, Lands Commissioner Wilbert Vallejos told KREM News that there is no record of the ownership of the land beyond 1988 when the title was already under the name of the Government of Belize.

“In reviewing the acquisition files, it only makes reference to two parcels. It appears that in 1988 when [the records show that] two of the parcels were acquired, the parcel of land known as Guadalupe Park, was already a park in the name of the Government of Belize. At this time, I’m trying to figure out when this happened, but at this point in time I cannot because the file starts from 1988 when the 2 parcels of land were [already] acquired. Actually, the two parcels were acquired as an extension of Guadalupe Park. I am unable – honestly speaking – to tell you when Guadalupe Park was handed over to the Government. In 1988, when these two parcels were acquired to extend the size of the park, it was already known as a park and it was already the Government of Belize’s land, so I cannot say indeed if whoever owned the land transferred it to the Government as a donation for its use as a park,” said Vallejos.

Vallejos stated that if Castillo’s family has conveyance documents specifying that the land was transferred to the Government of Belize for specific use by the town council, then that should be taken into consideration when they decide to whom the piece of land will ultimately go. He said that if the family has the appropriate documentation to show that they were the previous owners of the land, then they should bring those forward, because the registration system that was in place back then was not synchronized with the General Registry that presently exists in Belize City, so it would be difficult for them to track down whoever owned it back then.

Late last month, the story broke in which it was alleged that title for the public land had been issued to former Minister of Education and three-time Orange Walk East area representative, Elodio Aragon, Sr., who is the father of Elodio Aragon, Jr.

Elodio Aragon, Sr. then acquired the title for the property and passed it down to another one of his sons, Adin Aragon.

However, when Orlando Burns, another former UDP political aspirant for the area, brought the issue into the public spotlight a few weeks ago, the Aragon family yielded to the public pressure and announced via press conference – one week before the UDP Orange Walk East convention – on January 27, that the land would be returned to the Government.

The Lands Commissioner then announced that the land would be open for application by interested parties. The Orange Walk Sports Council indicated that they would apply, but so did the Orange Walk Town Council, citing the will of the original donor.

We have also been reporting on the disputed Parcel 3820, a prime seafront property in Caribbean Shores which Belize City Mayor Darrell Bradley said had been earmarked for a public park. He made the disclosure after finding out that the land was instead being earmarked for private development.

At the first Special Sitting of the House of Representatives last month, Caribbean Shores area representative, Hon. Santiago Castillo, told the media that he had brought a resolution to the Seashore Drive Park dispute. He then noted that Belize City resident Giovanni Blease, who had expressed interest in the parcel, would be compensated.

Mayor Bradley jumped on that statement, saying it was wrong to even think about compensating Blease, who, he said, never had title.

Today, the Lands Commissioner stated that he shared the Mayor’s sentiments. He said, “I have to agree with the Mayor. Probably it was not expressed the way it should have been expressed. Mr. Blease did a journal entry in acquiring rights over the parcel of land, and then it became an issue from before he was given any legal right to own the land. A portion was cleared from the parcel and then the whole story broke [thereafter]. At the end of the day, the decision was made that the land would be declared a park. And so, rightfully said by the Mayor, he [Blease] doesn’t own the land nor did he have any legal right to own the land, [so] he is not entitled to compensation. We are not contemplating on compensating anybody with respect to that parcel.”

Vallejos noted that since last year, the Government made a move to change the way things are done in relation to areas subdivided within town limits and which are to be designed as parks and other public spaces such as reserves. They agreed that the specific land be registered not only in the name of the Government of Belize, but also in the name of the municipality or other interested agent that would function as a co-manager.

Vallejos then explained that this would make it more difficult for any one body or agency to dispose of such areas.