Home Features As a layman
Features 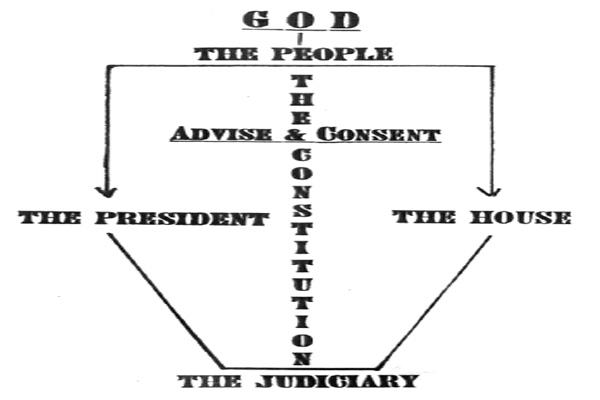 (This column was first published in the Amandala issue of Friday, July 14, 1995)

If ever there was a time that demonstrates the bankruptcy of the Westminster system of government, this is such a time. It should be thrown out, scrapped and replaced by a modified republican model. The present system has descended from a joke to a tragedy.

There is now organizing a citizens’ parade to express disgust at the betrayal of the people and bad management of the nation’s affairs by the present administration. Among the various groups is “HER MAJESTY’S LOYAL OPPOSITION.” (HER MAJESTY’S? I would have thought it would be “THE PEOPLE’S OPPOSITION”).

The call is for this AD HOC government to resign, with the catch words, that ESQUIVEL IS THE PROBLEM. I beg to disagree. “Esquivel” is a result of the problem. THE PROBLEM IS THE SYSTEM OF GOVERNMENT.

The citizens’ parade protesting the bad taxes, collapsed heath care, destroyed educational system, the freezing of the civil servants’ wages and so on and so forth, will result in the resignation of the government, it is hoped. The People’s Loyal Opposition will then form the new government to reverse these chaotic policies. THIS IS THE LIE that is perpetuated again and again. Once in power, the paramountcy of the party will supersede the wishes and will of the people. Half the nation’s brains, creativity, imagination will be sacrificed. (Arithmetic is redefined in Belize. Only here does the part become greater than the whole.)

Demonstrate yes. Protest yes. (It is your Human Right). But demonstrate for a change of the system. Demonstrate for yourselves to take control. Under the republican model you have no need to resort to protest or to demonstrate; for inherent to it is a balancing mechanism to prevent the BROADHEADS, the INTERNATIONAL COMPANIES BUSINESS ACTS, the banana tragedy and the passport scam.

A few months ago the modified republican model was proposed. It is reprinted for you to think about, to criticize, to add or to delete as you see fit, as you march.

THE PRESIDENCY: The President will be elected directly by the people to serve as their Chief Executive Officer for 4 ½ years. He is thus free to choose his Cabinet from among the whole citizenry, freeing him from the control of vested interests and power brokers.

THE HOUSE: Each district will be apportioned a number of seats, determined by its population. The voters can vote for their four choices (e.g. if Orange Walk has four seats) from among the candidates. The top votegetters go to the House. This will eliminate gerrymandering. This will also eliminate candidates being rammed down the voters’ throats. Thus the good man (woman), the rich man, the poor man, any man gets a chance to participate in the democratic process. The House sits for 4 ½ years. The House will advise and consent, will advise and dissent.

THE JUDICIARY: shall protect the letter and spirit of the Constitution. The candidates shall be submitted by the President to the House for confirmation or rejection. Their tenure will be for 7 years, at the end of which time, the President and the House shall review their performance to determine whether all or some will continue their judicature.

The President is accountable to the Judiciary and the House.

The House is accountable to the President and Judiciary.

The Judiciary is accountable to the President and the House.

All are accountable to the people.

After 13 years, experience indicates that the British polity has failed, and if persisted in, will lead to a right wing dictatorship. Let’s replace it with a modified American republican model before they (the Americans) impose it on us as they move inexorably towards establishing their economic hegemony on the New World… POLITICAL ENLIGHTENMENT … ECONOMIC PROSPERITY … PEACE AND LOVE.