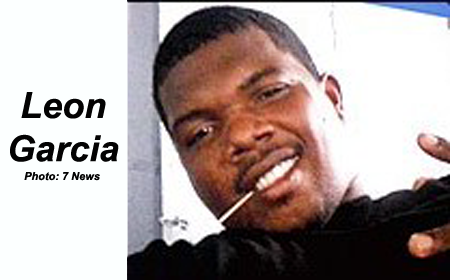 BELIZE CITY–Police are investigating a broad daylight shooting that took place at around 9:30 a.m. today, in which a pair of gunmen made a brazen attempt on the life of Leon Garcia, 27, a construction worker, as he made his way down Victoria Street in the northside of Belize City, on which he lives.

Area residents said that they heard about five shots rang out as the two assailants, who were reportedly wearing hooded sweatshirts and armed with nine millimeter handguns, unleashed a barrage of shots at Garcia.

Garcia, who we understand is no stranger to the law, was chased on foot by his attackers as he ran in the direction of Barrack Road, dashing into a nearby alley upon reaching the intersection with York Street, where the gunmen reportedly sprayed yet another fusillade in his direction.

At that time, Garcia was hit once in the left shoulder, while the gunmen escaped from the scene.

Garcia was subsequently transported to the Karl Heusner Memorial Hospital, where he was admitted to ward in a stable condition.

People who were in the area when the incident unfolded told Amandala that the initial hail of gunshots were mistaken for firecrackers, and that it was not until the victim was seen running down the street that they realized what was actually happening.

This is reportedly the second attempt on Garcia’s life, since in July 2008, Garcia, then 23, was shot multiple times in his back and feet near his home on Antelope Street, where he lived at the time.

In February 2009, Garcia was acquitted of the charges of robbery and handling stolen goods while serving a 7-year sentence for a previous robbery conviction.

Investigators are yet to come up with a motive for the shooting, and so far, no arrests have been made.