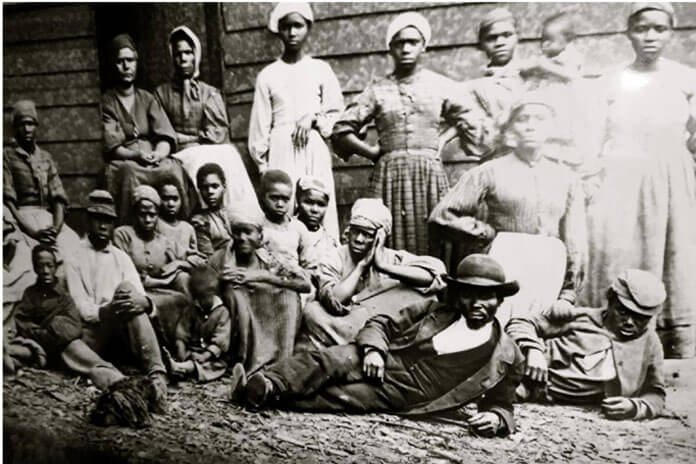 The powerfully eclectic baritone of the renowned African-American artist Paul Robeson played a sad and eerie classic, “Go Down Moses”, on my car stereo while driving towards the movie theater to see the newly released film “Harriet”.

Since the film’s debut in movie theaters across the United States, there has been a deep sense of consciousness that bothered me to go and see it. But it took me some nerve to actually pull myself together and face again another reflection about the horrors of American slavery.

For some years now, the times of modern day lynchings against black people coupled with the rise of political right wing racism in the U.S. made me struggle with the thought of why would one even bother to continue to watch images of oppression of one’s race and the heinous brutality that was associated with it.

But then as Robeson’s melodic cries echoed in my ear, and in deep thought about how my emotions would stay seeing the movie “Harriet”, a mixed feeling of empowerment and courage gripped me in just reflecting on how Paul Robeson was treated, exiled, and banned for singing the powerfully uplifting Negro Spirituals in the former Soviet Union, Europe and around the world. Robeson’s revolutionary defiance against his own government in a time of the “Cold War” and Hollywood’s betrayal in bringing awareness to the evils of racism in America that held his African-American people in horrible Jim Crow oppression, created a shock wave across the world.

Moving way in the back of the theater in a corner seat in the dark as the movie screen emitted its first scene, my eyes fixed passionately on the actress, Cynthia Erivo, who played the slavery abolitionist and revolutionary, Harriet Tubman. Her bright wide-eyed character grabs my attention in a captivating spell as to express in real time how it may have been for the enslaved and later liberated Harriet Tubman who faced a vicious system of slavery, challenged it, and triumphed despite of the resistance of the racist American South.

Erivo displayed the attitude and spirit of her protagonist Tubman in a spectacular performance on the silver screen and won my admiration for her stellar acting style that epitomized the dark and dangerous “Underground Railway”. As she made me see Harriet Tubman in her relative immortal ancestor’s spirit, my emotions tried to hide what was truly revealing in my broken heart.

Being deeply spiritual as a black man and aware about the history of slavery in the Americas, it is still very difficult to withstand the rush of anger that comes with so much pain. It is not that the movie is just a means of entertainment that takes over, but the reality of the timeline that such an evil actually happened and is so permanently embedded still in the psyche of the American North and South.

Throughout my enclosed entertainment theater space and incarcerating myself in it as a means of not wanting to be bothered at all in enjoying the story, my thoughts began recalling the history of African chattel slavery in America and comparing it to the Quranic recollection of slavery and bondage of the Children of Israel in Egypt. It pressed me into thinking that perhaps the same black people that were held in bondage in Pharaoh’s Egypt were the same black ones that were held in bondage again in America’s white supremacist South.

And that perhaps it was the same revolutionary Moses that liberated the black Hebrews of Israel that was later resurrected in the spirit of one of the greatest women revolutionaries of all times, Harriet Tubman, who liberated blacks from the racist American South.