Home Features Let’s call it by its name!
Features 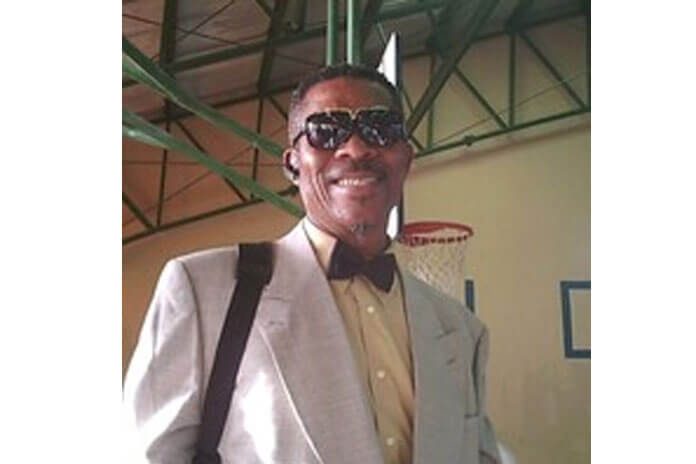 As a scientist, who is tired of this parrotization, and with the advent of a controversial bill proposal challenging Belize’s sociocultural and constitutional values and in exercise of my constitutional rights, I am hereby obliged to share my knowledge and opinions of this issue, which stems from erroneous conceptualization nationally and internationally of the term sex and the coining of the word “homosexuality” or “homosexualism”.

From a biological and medical perspective, the sex organs are clearly defined. That being said, homosexuality is one of the many misconceptions which have been coined as truths and which we as human beings have been indoctrinated to accept. SO LET US CALL IT BY ITS NAME!, What they call homosexuality or homosexualism is a perverted or distorted penetration or manipulation of the human body of someone of the same innate biological sex with a desire for self-satisfaction or displaying mannerisms that are not aligned with the biological manifestation of a sex hormone.

What we call homosexualism is a mere idiosyncrasy or act of capriciousness (meaning an exercise of personal will and whim) that CAN’T be legalized. Legalizing capriciousness is a perfect ingredient for social chaos, as anybody will not be satisfied with the rules and regulations remaining as they are.

If it was homosexualism, as they want to call it, then one person in the relationship wouldn’t want to play the role of the opposite gender. They would both remain males or both remain female or the same sex or gender, but on the contrary.

In lesbianism, for example, they use male organ sex toys, with one partner playing the role of a man and one eventually acquiring male characteristics, whether consciously or subconsciously. You don’t challenge nature. Learn to respect nature! Your capriciousness or biological manipulation has a cost.

Our Constitution, Art., 6, Subsection (1) it says “All persons are equal before the law and are entitled without any discrimination to the equal protection of the law.” This means that our Constitution prohibits privileges or laws with dedication.

If the tendency is to legalize same sex-affairs, considering that reproduction is zero, we are directly opening the doors, for human cloning, which to this point, has a questionable morality and ethics and hence is prohibited.

However, same-sex affairs are immoral anyway, and they want it to become moral, and if they win, they will surely advocate for cloning based on their necessity and mental construct.

Same-sex advocates are a small group and not the majority, so a State can defend its interest knowingly that their advocacy will eventually lead to its own destruction.

However, are they constitutionally protected? Yes, they are. Our Constitution prohibits discrimination of whatever type and our Constitution protects privacy. So you can do whatever you darn want in the confines of your privacy, but you are not granted the rights to impose your moral values on ours or a society, even though one observes the transpolarization of values around the world, where what was once good is becoming bad, and what was once bad is becoming good, until today, and that transpolarization process, is not yet completed. The majority, whether based on religious values or social constructs, have the notion of what is considered, on a widespread basis, as good and bad.

In law school, one is taught that whatever legal disposition is not in congruence with the Constitution or the spirit of the Constitution is nulo ipse jure, or null and void. It can’t be brought forth to birth. It is stillbirth. If it is contemplated by the Constitution, then it is redundant.

Your gender, unlike your religion, is determined at birth, and it is not an orientation. It is a definition. It is defined. Your religion could be the result of your tradition, indoctrination, education, conviction, or mental construct, but not your gender.

Those with chromosomal impairments are protected by our Constitution and are not screaming for protection, and it is false that those with HIV/ AIDS are. No one could be discriminated for HIV per se on the streets, as it is not easy to visually determine if one is HIV+ and if with AIDS, it is also confusing, because the physical appearance of persons afflicted with cancer, chronic malnutrition (marasmus), tuberculosis, chronic renal failure, and uncontrolled diabetes can be similar to that of persons infected with AIDS, and those persons with those diseases are not seeking privileged protection.

There is a misconception of this whole process based on the misconception of human rights. Human rights don’t mean you can do whatever you please. Neither in your home, unless you live alone and what you do doesn’t affect the rights or decency of your neighborhood.

For example, you don’t have the right to walk the streets naked, or in your yard. There is what is called decency and respect which this 75-page bill’s proposal is breaching. How many discotheques have been closed because of their loud music interrupting the rights of others?

Your consent for same-sex affairs should remain in the confinement of your privacy, and if there is no consent, the punishment should be tri-fold or more, as it violates human dignity, Biblical and religious texts’ teachings and our social values.

Ironically, a small group is pursuing the legalization of their act that destroys a society in all sense and a nation-state, but the same State condemns bigamy, polygamy and polygyny. These build a nation, while the other destroys a nation, and the Bible says, go ye and multiply, mind you. But they designed all different kinds of methods not to multiply, and these same countries are promoting same-sex relationships.

If you have difficulty satisfying your spouse, think about vaginoplasty. There is vaginoplasty with laser and many other options out there. Do vaginal douches with diluted apple cider vinegar or with a solution of citric lime with water. They tighten the vaginal wall and are beneficial for both.

As a Belizean citizen by birth and in exercise of my political rights, I call on all Representatives and Senators to reject any Bill incongruent with our Constitution and our societal, religious, and moral values. Let the societies who are tired of their millions and millions of people, pass and keep their laws to annihilate themselves! There are many areas where we can be first in the Caribbean, rather than to be the first to legalize gayism.
What a counterproductive prize that would be!

(Ed. NOTE: The views expressed by Dr. Zuniga are his own, and not necessarily those of this newspaper.)