Life in prison for the murder of a young mother 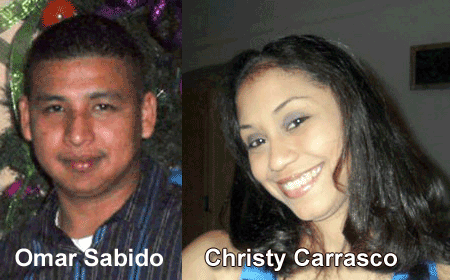 ORANGE WALK TOWN, Wed. Apr. 27, 2016–Osmar Sabido, 28, of Orange Walk Town, who was on trial in the Supreme Court for killing his girlfriend, Christy Carrasco, 22, was yesterday found guilty of murder and sentenced to life imprisonment by Justice Herbert Lord.

Sabido, who was on remand for the murder since 2011, was returned to his cell at the Belize Central Prison, where he will serve his lifetime sentence.

Sabido’s attorney, Oscar Selgado, told the media that it was Christy who pulled the knife and tried to stab Sabido after they had a quarrel. Sabido claimed that she stabbed herself while trying to stab him during a struggle between them.

Justice Lord did not buy the self-defense story, however, and found Sabido guilty of murder.

However, Selgado said that Sabido has grounds for an appeal.

The incident occurred on May 1, 2011, in Carrasco’s yard in the San Lorenzo Housing Site in Orange Walk Town. On that day, police said, they received a report about an arson to be committed on a house in the San Lorenzo housing area.

When they arrived, a woman identified as Christy Carrasco came running to them, they said, and she then collapsed. She had been stabbed in her knee and, twice in her left upper chest and she had a cut wound on her thumb.

Carrasco allegedly told police that she had been stabbed by “that man,” and pointed towards her common-law husband, Osmar Sabido. She was rushed to the Northern Regional Hospital, but she died shortly after.

Christy’s family told police that she had been with them preparing for a wake to be held that night for her grandmother, but she received several calls from Sabido to come home, despite her telling him that she was with her family preparing for the wake. The family said that Sabido was jealous and possessive.

They reported that she went home to take a bath and she was to return for the wake, and that was when he attacked and stabbed her.

Neighbors told police that they saw when Christy came home, and Sabido confronted her in the yard, where they became involved in an argument. He then stabbed her multiple times. She tried to escape from him, they said, but she fell. She later got up and ran to police when she saw them coming.

The arson call the police got, they said, was a response by neighbours to the threats that Sabido had made, that he would burn the house down.

At the time of her death, Carrasco was a sales representative at SMART, and was the mother of a 2-year-old baby.