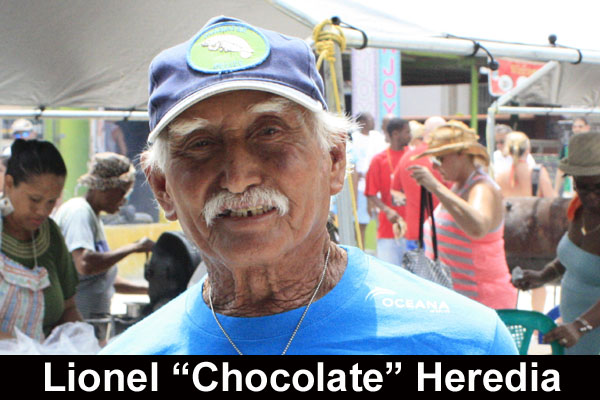 News has been received today of the death of Lionel “Chocolate” Heredia, 83, dubbed by Oceana as “one of Belize’s first marine conservationists who was a true Belizean patriot, contributing immensely to the protection of marine resources, especially the manatees.”

Chocolate, a fisherman who formerly lived in Belize City, moved to Caye Caulker many years ago, and quickly made a name for himself as a conservationist, when, according to Oceana, the term “had not even become popular, or even considered a career field.”

Oceana, in 2012, presented Chocolate its Ocean Hero Award for his outstanding work spanning over five decades as a conservationist.

“Everybody who has anything to do with conservation and the sea knows Chocolate,” we were told.

The likable Chocolate was not only a fisherman, but also a tour guide. He is credited with being instrumental in the formation of the Friends of Swallow Caye, signed into law as a wildlife sanctuary in 2002 by the then Minister of Natural Resources.

Chocolate, we were told, had been suffering from prostate cancer, and died of the disease.

Of him Oceana said: “We must celebrate the life of our brother Chocolate, and always remember him as a role model, because even though he has parted this earthly life, his works and contribution to this nation remain with us. And it is his work all of us in the conservation community must continue, as we stand on the shoulder of this conservation giant.”