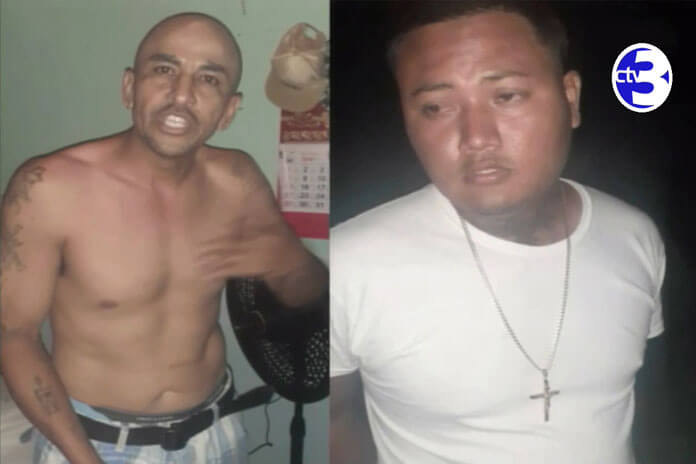 COROZAL TOWN, Wed. Mar. 11, 2020–Luis Gabriel Urbina, 39, a laborer of Orange Walk, has been charged with kidnapping, attempted kidnapping, threat of death and escape from lawful custody. He was taken to the Corozal Magistrate’s Court today, where the charges were read to him. No plea was taken, and he was remanded until June 9.

Police said that Luis Urbina and Dandy Urbina, 28, who are cousins, both of Orange Walk Town, were jointly charged with the offences by Orange Walk police, but when they were being taken to the Orange Walk Magistrate’s Court yesterday morning, Luis somehow managed to escape, and despite the best efforts of the police who were escorting them to court, they were unable to catch him.

Dandy Urbina was taken to court, where the charges were read to him and no plea was taken, and he was remanded until June 9.

A collaborated manhunt was conducted by Orange Walk and Corozal police to find Luis Urbina, and he was found in the Corozal District. However, where he was found was not revealed.

Shortly after, as the businessman was leaving, the two men returned and they were seen forcing the man into a vehicle. The security guard quickly called police, and he intervened and rescued the businessman.

The two would-be abductors escaped, however.

They were immediately arrested and taken to the Orange Walk Police Station, where they were booked on the offences.

Luis Urbina is no stranger to the police. In 2005, he and Mark Vega were tried in the Belize City Supreme Court for the June 2002 murder of Susannah Pethkau.

Urbina was acquitted of the murder charge, but the jury was hung on its verdict for the other man, leading to a new trial. This time, the trial was held in the Orange Walk Supreme Court before Justice Herbert Lord.

Susana Pethkau’s murder occurred on the afternoon of June 13, 2002, while she was accompanying her husband to their farm to feed their cows.

Enrique Pethkau told police that when they reached near Trinidad, they saw three men walking on the road. One of the men held up his hand as if asking for a ride, but Pethkau did not stop.

Pethkau told police that he fed his cows molasses and before he had finished, the men whom he had passed on the road came to his property.

One of them pulled out a silver pistol and fired in his direction, but the shot missed him. The three men held them at gunpoint, put the couple in their van and drove off with them lying on the floor of their vehicle.

Eventually, they shot Susana in her head and Enrique in his back and left them for dead by the roadside. Enrique, however, survived his injuries and lived to make the report.