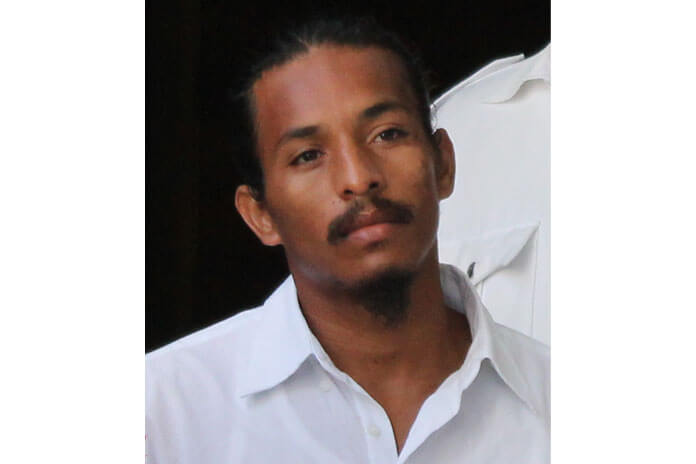 BELIZE CITY, Fri. Feb. 21, 2020– In a judgment given today, Justice Colin Williams found Luis Manuel Carter, 37, aka “Wiz”, guilty of the murder of Dwayne Hyde, 30. Carter’s sentence has been reserved for Friday, February 28.

Initially, Carter was charged with attempted murder, but the charge was upgraded to murder after Hyde succumbed to his injury on July 27, 2016.

At the trial proper, which began on January 30, 2020, the main witness for the Crown was Hyde’s common-law wife, Kimberly Humes. She testified that while she was lying in bed, waiting for Hyde to come home from work, she heard a knock on her front door. She said that when she got up, she recognized the voice of Hyde, who uttered, “Gial, open the door“.
She said that after she opened the door and he entered, Hyde told her, “Babe, they are coming to kill me right now”.

She said she then saw two persons on bicycles entering the yard. One of them, known to her as “Wiz,” jumped off his bicycle and approached Hyde. She testified that she then heard a noise as if a gun was cocked and Wiz pointed the gun at her and told her to go inside, but she refused to move.

She said Wiz then pointed the gun at Hyde and Hyde suddenly grabbed the front portion of the gun with one of his hands. She said she then saw Hyde pull a screwdriver from the pocket of his pants and stab Wiz in his abdomen.

A struggle then ensued between the men and she heard what sounded like a gunshot, said Humes. She testified that she saw Hyde clutch the side of his body and he told her to call the police. She said she screamed for help then she ran inside and got her cellular phone.

She said Hyde’s sister, who lived next door, came to the home and Hyde was put in an SUV and taken to the San Pedro Polyclinic. He was later transferred to the Karl Heusner Memorial Hospital, where he died 14 days later.

Carter gave a statement from the dock in which he said that he was defending himself because Hyde had a gun and a screwdriver.

But Justice Williams ruled that, based on the evidence, it was not a case of self-defense, because Carter was the aggressor and he was the sole possessor of a firearm. There was evidence that Carter suffered injuries to his mouth, throat and abdomen.