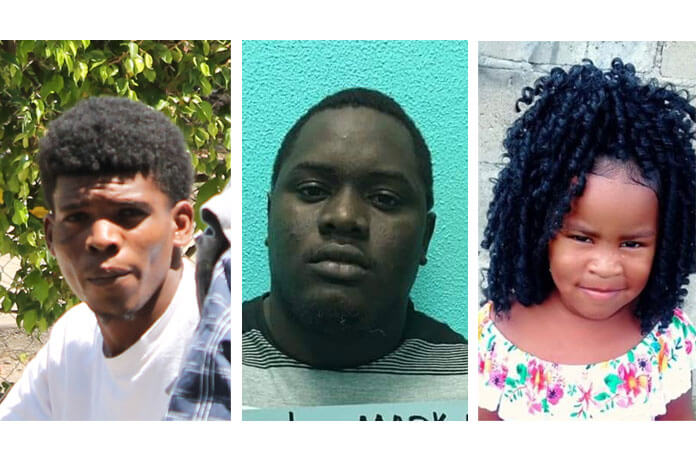 BELIZE CITY, Mon. Mar. 23, 2020– Two men, Lyndon Hinds, 27, and Kendale Flores, 25, were charged with the murder of Kia Herbert, 5, when they appeared today before Senior Magistrate Tricia Pitts Anderson. They were also charged with conspiracy to commit murder, attempted murder, grievous harm and use of deadly means of harm.

Hinds is a construction worker of 57 Iguana Street Extension, while Flores is a welder of 9 Pitter Street. They were remanded until May 22.

The incident occurred about 2:00 a.m. on March 17. Five-year-old Kia and her mother, Frances Herbert, 27, were asleep in their plycem house on Pitter Street when their house was struck by a barrage of bullets.

Baby Kia was shot in the abdomen, back and leg, while Frances was shot in her shoulder. They were taken to the Karl Heusner Memorial Hospital, where Kia was declared dead on arrival. Frances survived. Her injury was classified as grievous harm.