Home General Main radar at Met service is down
General

But the radar is only one of the tools in the arsenal, says Met Service 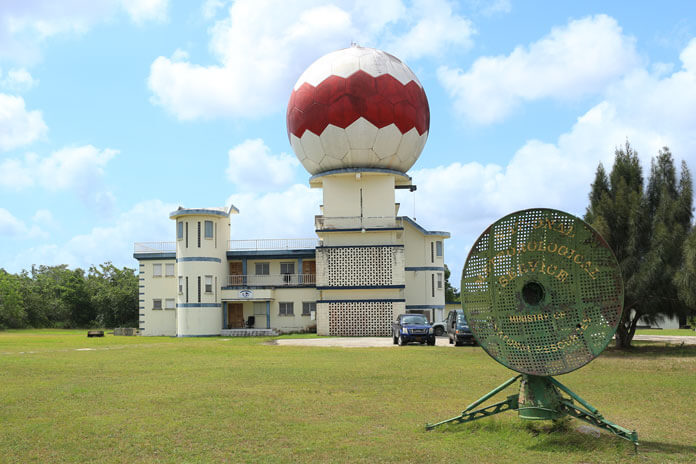 BELIZE CITY, Wed. June 3, 2020– Roughly two and a half months before the start of the Atlantic Hurricane Season, the Doppler radar at the Belize Meteorological Service stopped working, and it has not yet been repaired. Belize has therefore entered this year’s hurricane season without one of its key pieces of equipment.

In order to understand how the Met Service will function without the radar in this critical time, Amandala went in search of some answers.

In an interview this morning, we spoke with weather forecaster Ronald Gordon, who assured us that the Met Service has other tools in its arsenal besides the radar that can get the job done until the radar is back on-stream.

Gordon told us that there was an air conditioning malfunction in the radar on March 12, but due to the subsequent lockdown of the country due to the COVID-19 pandemic, they have only recently been able to commence the process of ordering the part that is needed.

We asked Gordon how important is the radar overall during this hurricane season.

“The radar is an essential tool, but it is not the only tool that we use,” Gordon replied.

“I would like to clarify the misconception that is out there in the media and in the public that the radar is the only tool that we have; that’s not right,” Gordon added.

Gordon said, “the Met Service has satellite imagery, our weather network and computer models that we use. So I am not downplaying the importance of the radar, but we can still function,” he said.

Gordon explained that by the end of June, the radar should be up and running.

So while the Doppler radar is an important tool in the Met Service’s arsenal, the Belize Weather Bureau still has the capacity to record and measure where rainfall is taking place across the country with the other tools that they have.

Gordon also explained that there was a time when Belize did not have a Doppler radar and the country was still able to engage in storm monitoring and preparedness during the hurricane season.