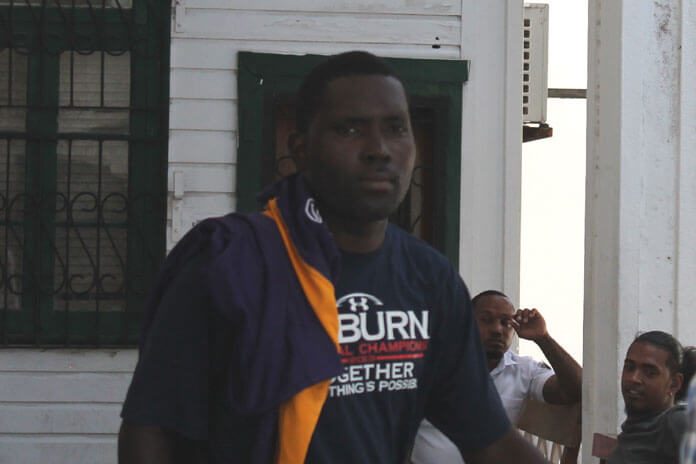 BELIZE CITY, Mon. Feb. 10, 2020– On February 7, Darnell Puerto made a report to the police that on the same day, while he was going to visit his girlfriend at her house at the corner of Vernon Street and Mopan Street, he was held up at gunpoint and was robbed of $1,500, two gold chains and a Samsung cellular phone.

Puerto said that the money and other items amounted to $7,750 in total value. He identified the robber as Kenyon Flores, 19.

As a result, Flores was arrested and charged with robbery. He pleaded not guilty to the charge when he appeared today before Magistrate Khadeem Palmer, and was remanded until April 7.

But Puerto, the complainant, was also charged, not for robbery, but for possession of 29 counterfeit US$20 bills. Puerto was busted with the counterfeit money on February 8, the day after he was robbed.

According to reports, police were drawn to him when they saw him flashing the money on Newtown Barracks. Police reported that when they checked the money they discovered that it was not genuine. No plea was taken from Puerto when he was arraigned on the charge today before Senior Magistrate Aretha Ford.

Puerto was released on a bail of $3,000 and his case was adjourned until April 17.