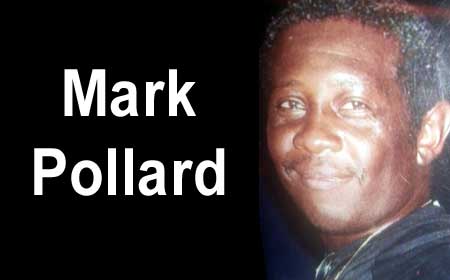 BELIZE CITY, Thurs. July 6, 2017–At about 5:00 Monday morning, Mark Pollard, 49, a resident of Peter Seco Street (Belize City), left home on his regular early morning workout and jogging session. He told his family that he would be jogging to Haulover Bridge, and back, an undertaking which normally took him about one hour. Mark set out but did not return.

Pollard was to jog to Haulover Bridge from Peter Seco Street, which he usually does

Later that day, Mark’s family made a missing person report and commenced searching for him.

During an interview with us yesterday, his twin brother, Jarret, told us that the police have not been helping them search for Mark. He said he is getting the run-around. He went to seek help at the Mahogany Street Police Sub Station, and they sent him to Queen Street Police Station. Police at Queen Street then sent him back to the station on Mahogany Street. So far, he told us, they are getting no assistance.

As a result, he says, the family has been undertaking the search alone. Jarret said that he retraced Mark’s steps — the route he took the morning he disappeared. Mark’s run led him over the newly constructed bridge that connects Belize City’s Southside with Chetumal Street. Jarret said that on the approach of the bridge he saw a piece of “2 by 4” (a piece of lumber) with blood on it. He said he also saw some stains which looked like blood, on the bridge.

Jarret said that he saw buzzards circling overhead in the area, and he went to investigate what was attracting them and found the corpse of a dog. He told us that he has also been going to business places to view their camera footage to see if Mark passed their location.

Mark’s colleague, Joseph Nunez, also joined the search. Nunez, a former prosecutor at the Municipal Court, handed over the piece of wood that Jarret found to the police for them to process. He and some of Mark’s family members combed the river. They also searched on Chetumal Street, and on the George Price Highway, up to Burdon Canal Bridge.

A former special constable for the Belize City Council, Mark was employed as their summons server and investigator at the time his family lost contact with him. They suspect that his job is related to his disappearance.

People who know Mark Pollard know him to be a mature and responsible family man, one who stayed far from gangs and violence, says the family, who added that even though they are worried that they will not find Mark alive, they are not giving up the search, because they need closure. They are asking anyone who may have information that can help them find Mark to contact them at 620-8107 or at 601-2014.

The Pollard family is also calling on police to step in and help in the effort to find their loved one. This evening, police told us that since they got the report on Monday, they have been conducting an investigation.