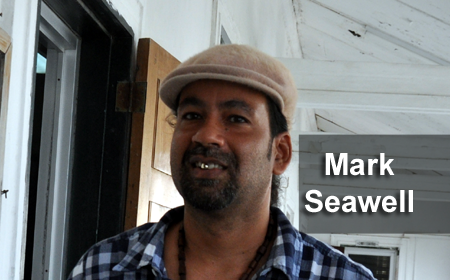 BELIZE CITY, Thurs. Apr. 6, 2017–Belize Chief Justice, Hon. Kenneth Benjamin, issued his ruling this morning in a habeas corpus application brought by claimant Mark Anthony Seawell,47, against the Superintendent of the Belize Central Prison and the Attorney General of Belize.

Chief Justice Benjamin had allowed attorneys for Seawell to reopen his habeas corpus application which was initially argued in 2013, to allow for new evidence to be submitted.

The evidence that British attorney Ben Cooper, working along with Belizean attorneys Anthony Sylvestre and Bryan Neal, submitted in written skeleton argument and later in oral submission before Chief Justice Benjamin is that the committal warrant on which Mark Seawell was being held is defective, because it failed to fulfill the requirement of the Extradition Treaty between Belize and the United States as set out in the 1870 Extradition Act, which forms the extradition laws of Belize.

On the strength of the submissions made by Seawell’s attorneys, Chief Justice Benjamin released Seawell, ending his almost decade-long legal battle against the United States’ extradition request.

Last November, Seawell’s younger brother, Gary Seawell, was freed after a panel of three Belize Court of Appeal justices agreed with similar arguments put forward by his defense team, made up of the same attorneys who represented Mark in the habeas corpus application at the Supreme Court.

Extradition cases are extremely complex because they involve treaties that are signed between sovereign states. Belize and the United States signed an extradition treaty in 2000, and since then, several Belizeans have been deported to face trial in the US for extraditable offences.

In 2007, the Minister of Foreign Affairs responded to a request from the United States Secretary of State requesting the extradition of three brothers — Gary, Mark and Duane Seawell.

Duane Seawell, the youngest of the Seawell siblings, was forcibly taken from Jamaica to the United States, despite the protestations of the Belize Ministry of Foreign Affairs, which had even offered to pay for an alternative route to fly Seawell back to Belize.

Duane Seawell, who was known as Michael Lutchman in Jamaica, was imprisoned there on an immigration offense, and the US took advantage of that and whisked him off to stand trial in the US.

“On February 14, 2007, the Ministry of Foreign Affairs, Belize, wrote to its counterpart in Jamaica seeking assurance that Duane would be, ‘deported directly from Jamaica to Belize’, and also requested that Jamaica obtain a written undertaking from the Government of the USA that Duane would, ‘not be arrested, detained or incarcerated in the United States while in transit…,’” said Supreme Court Justice Samuel Awich in his 2008 judgment.

Justice Awich’s judgment continued: “The next development was the following day, 16.2.2007, when the Minister of Foreign Affairs, Belize, wrote to the Government of the USA, requesting assurance regarding safe transit of Duane to Belize. The Minister invoked article 16 of the Extradition Treaty between Belize and the United States of America, 1972.

“On 7.3.2007, the USA declined the request and denied that article 16 of the treaty applied. By that time, Duane had already been taken into the custody of the USA. He had been handed over in Jamaica by the Department of Correctional Services, Jamaica, to the International Police Organization (Interpol) on 23.2.2007”

In the US, Duane Seawell pleaded guilty to the indictment of drug shipment to the US between 1994 and 1997. He was sentenced to serve 17 years in a US federal prison in Columbus, Ohio.

Interestingly, Justice Awich’s judgment noted that after the US told the Belize Ministry of Foreign Affairs that Article 16 of the Extradition Treaty was not applicable in the circumstances having to do with Duane Seawell, the Government of Belize remained silent and did not respond.

The US had alleged that the three Seawell brothers had organized shipments of marijuana in Texas and had imported cocaine from Belize through Mexico that were distributed in Columbus, Ohio.

The US had also indicted the Seawells on money laundering, alleging that they had laundered over a million dollars in wire transfers to Houston, Texas; Lakeland, Florida; and Belize City.

The release of Mark Seawell brings to an end the saga of the US extradition requests for the Seawell brothers.

As he made his way down the steps of the Supreme Court alone, Mark Seawell’s Gang Suppression Unit police escort watched as he walked away, reporters following close behind him, prompting him for comments.

One reporter asked him, “Can you stop?”

Seawell replied, “I can’t stop, can’t you see I am free?” as he made his way into Brodies from the Regent Street side.

The United States cannot request the extradition of Mark and his brother, Gary, again, because, according to the two Belizean attorneys, Sylvestre and Neal, that would amount to an abuse of process.

In Mark’s case, the warrant did not set out the offences for which he was to be extradited, Sylvestre said.

“The Chief Justice ruled that that amounted to a breach of his constitutional rights and a violation of the extradition treaty,” said Sylvestre.