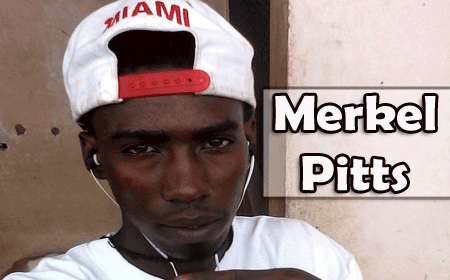 LADYVILLE, Belize District, Sun. Apr. 10, 2016–Last Thursday evening, around 7:30, four young men were hanging out at the corner of Marage Road and Compassion Lane in Ladyville when a gunman approached and made a target of one of the young men, firing about seven shots at him.

Some of the gunman’s bullets found their mark, hitting Markel Pitts twice in the stomach and once in the arm. The 19-year-old Pitts, was rushed to the Karl Heusner Memorial Hospital, where he was admitted in a critical condition and put on life support.

On Friday evening, however, Pitts was pulled from the life support machine, unbeknownst to family members, who have subsequently refused to grant an interview to our newspaper.

Pitts’ mother, when Amandala approached her today for an interview, pointedly said, “I don’t want to speak to no media.”

The grieving mother added, however, “They chance my son out of his life.”

Pitts’ mother said that Markel was not a troublemaker and did not get into conflicts with anyone. “He was straight from work to home. Somebody chance mi lee boy out of his life,” she wailed.

While Ladyville police have not charged anyone with Pitts’ murder, they reported that they have a number of persons detained whom they are questioning as the investigation continues.

The possibility has been raised that Pitts was gunned down in retaliation for the Chaverria murder that occurred about two weeks ago.

Street sources in Ladyville, however, told Amandala that Pitts was murdered because of his involvement with a woman and that his brother was not able to protect him from the deadly assault.