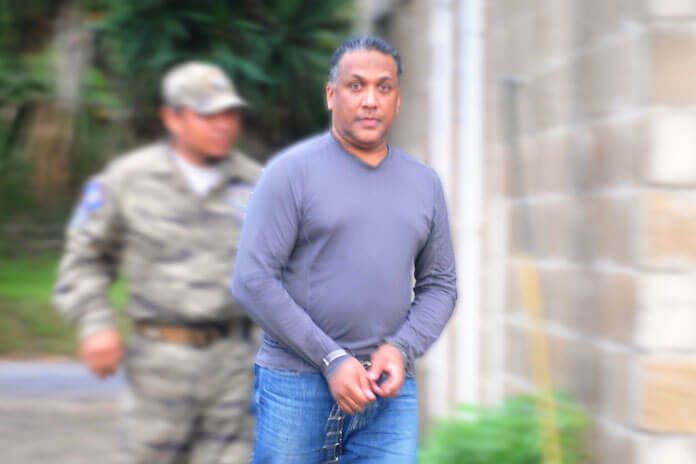 BELIZE CITY, Mon. Jan. 27, 2020– In February 2017, the Senior Magistrate at the Belmopan Magistrate’s Court held a preliminary inquiry into two kidnapping charges against William “Danny” Mason and his four co-accused, and found that there was a prima facie case against the accused men.

The case, however, is just making it onto the court calendar. Last week, there was a case management conference before Supreme Court Justice Francis Cumberbatch.

Police charged Mason and his co-accused — Ernest Castillo, Keron Fernandez, Ashton Vanegas and Ryan Rhaburn — for the May 2016 kidnapping of Mennonite businessman Lloyd Thiessen and his wife.

Thiessen and his wife fled Belize after the kidnapping incident and only returned to cooperate with authorities for the case.

In addition, the accused men are also facing another kidnapping charge for allegedly kidnapping David Dodd.

Justice Cumberbatch informed Mason and Ernest Castillo that the attorney, who was on record, as representing them, Guyanese attorney Dexter Todd, had recused himself.

Keron Fernandez was also unrepresented at the case management conference.

The kidnapping case has been adjourned to March. The five accused men were returned to the Belize Central Prison, where they are awaiting sentencing from Justice Antoinette Moore, who found them guilty on December 3, 2019 of the beheading murder of Pastor Llewellyn Lucas, which occurred in July 2016.