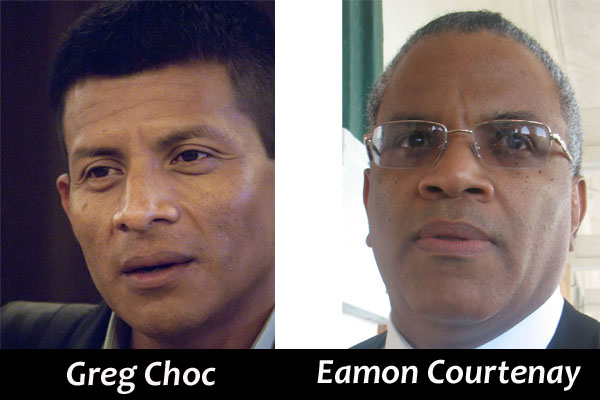 The Sarstoon Temash Institute of Indigenous Management (SATIIM) and the buffering communities of the Sarstoon Temash National Park, which include Conejo and Crique Sarco, today filed a lawsuit in the Belize Supreme Court challenging the lawfulness of the Barrow administration’s decision to permit drilling inside the protected area.

SATIIM’s Executive Director Greg Ch’oc told Amandala that the filing was done urgently, because US Capital, one of the oil companies which have a contract to explore for petroleum in Southern Belize, is getting ready to drill.

Ch’oc told our newspaper that whereas one suit was filed today, a second suit is pending.

The claimants have retained Eamon Courtenay, SC, for the suit filed today, but according to Ch’oc, Lisa Shoman, SC, will represent them in a separate lawsuit, which is pending.

More details, he said, will be disclosed at a press conference scheduled for tomorrow at the Belize Biltmore Plaza in Belize City.

Ch’oc said that the legal challenges, while they will look at the environmental aspect of the dispute, will additionally look at the issue of indigenous land rights in the Maya communities and human rights violations which, he said, have occurred.

He said that the claimants share concerns recently ventilated by the Maya Leaders Alliance and the Toledo Alcalde Association, which have filed a request with the court to cite the Government for contempt, in relation to the same US Capital activities in Toledo, and alleged violations against injunctions awarded in the Maya Land Rights cases of 2007 and 2010.

Cristina Coc, spokesperson for the MLA and TAA, told Amandala earlier this month that they have complained repeatedly to the Barrow administration that they have been denied access to Maya ancestral lands upon which US Capital Energy has been doing petroleum exploration works.

Coc had indicated that US Capital is gearing up to set up drill rigs in the area, and roads have already been pushed through Sunday Wood and Crique Sarco, and into the Sarstoon Temash National Park, which SATIIM co-manages.