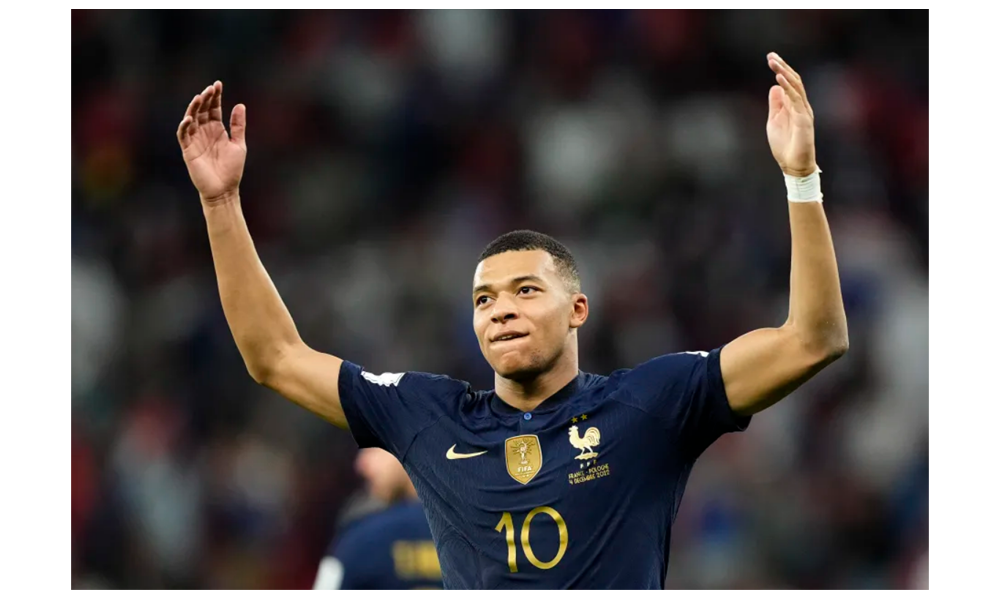 Cristiano Ronaldo’s precision. Lionel Messi’s vision. The speed and power of the original Ronaldo—the one from Brazil.

Kylian Mbappé is elevating his performance to a new dimension at the World Cup.

As Messi and Cristiano Ronaldo play what will likely be their final World Cup, the France and Paris Saint-Germain striker is erasing any questions over who might succeed them as the sport’s new superstar.

Mbappé delivered another stellar performance when he scored twice and set up another goal for defending champion France in a 3-1 win over Poland on Sunday to reach the quarterfinals of the tournament in Qatar.

“We know about Kylian, of course. He speaks on the soccer field,” France coach Didier Deschamps said. “He can change a match in just a moment.”

Having already scored four goals when he led his country to the title four years ago as a 19-year-old phenom, the now 23-year-old Mbappé has five and is the leading scorer in this edition of soccer’s biggest event. His nine career World Cup goals make him the first player to score that many before the age of 24, breaking a record previously held by Pelé, who had seven at that point.

It’s not just about goals for Mbappé, whose career arc continues to draw comparisons to Pelé, the Brazilian great who had won two World Cup titles by the time he turned 21.

Mbappé is ready to follow Pelé, Diego Maradona, Cristiano Ronaldo and Messi into the pantheon of soccer greats.

“He hurt us today but I am cheering for him because he is a real star,” Poland coach Czes³aw Michniewicz said through a translator. “I’m talking about Messi, Ronaldo, (Robert) Lewandowski. If someone is going to take over, I think Mbappé will be the player to be the best one for many years.”

Playing on the left wing against Poland, Mbappé’s first hint of magic came with a pass to himself.

In an instant, Mbappé accelerated up to 35 kph (22 mph) as he kicked the ball forward into empty space then burst past Przemys³aw Frankowski to collect it several meters ahead. While that action didn’t result in a goal, it laid the framework for what was to come on a night when Mbappé showed off his full arsenal of weapons.

Moving toward the center of the field, Mbappé then turned playmaker when he threaded a delicate pass through Poland’s defense to set up Olivier Giroud’s opener.

The two goals came with powerful shots in the second half as Poland’s defenders struggled to keep up with Mbappé’s pace and physicality.

Poland right back Matty Cash, who had faced Messi and Argentina four days earlier, and who defends against the world’s best on a weekly basis with Aston Villa in the Premier League, put Mbappé’s level into perspective.

“When you look at his finishing there, he’s unbelievable,” Cash said. “He’s probably the best player I’ve played against.”

Up next for Mbappé is a quarterfinal duel with England on Saturday.