Medical school in Belize a hoax? 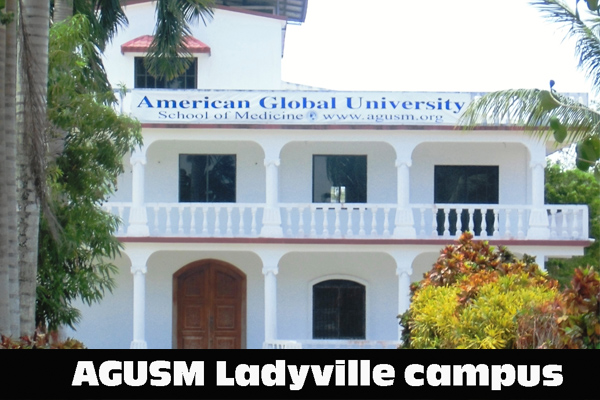 Activists say yes, but Ministry of Education says no

Activist and president of the “Do the Right Thing” Pedestrian Crossing Program, Philip “Fawda” Henry, has been pressuring the Government of Belize to investigate the legitimacy of American Global University School of Medicine (AGUSM) in Belize.

Henry claims that the medical school is a fraudulent institution that is not contributing in any way to the nation of Belize.

AGUSM vice-president, Peggy Allen, has spoken to the media in Belize and objected to all allegations Henry has made against the school.

Some of the allegations were that there aren’t any students enrolled at the institution because no one has ever seen anyone on the school grounds and the school has relocated several times because it’s constantly under investigation for the validity of its programs.

To those allegations, Allen said that students are currently not attending on-campus classes because they are enrolled in clinical rotations in contracted hospitals throughout the United States and the United Kingdom. For that reason, the students have no need to check in on-campus.

Allen said that the school has changed locations, but only to expand the campus. Both the current Ladyville campus and the former San Pedro campus are undergoing renovations at this time, she added. No one will be on-campus during renovations, other than the construction workers, she further explained.

A concern was also raised as to why the AGUSM website stated that the school is enrolling for their May 2013 class, despite the fact that no students are at the school.

Allen said that they are constantly enrolling students into their program but that doesn’t mean that the students will be on the campus after enrollment. She said that the medical program has two separate programs and the first part of the program is housed on their Belize campus, but every semester they have students who transfer into the programs.

On Tuesday, April 23, Henry was joined by the president of BelizeCan, Patrick Menzies, and a group of Ladyville residents at a press conference, where they voiced their concerns about the legitimacy of AGUSM.

Henry said he believes that the Government has not taken the situation or the people of Belize seriously.

“The American Global University that is in Belize has been doing some shady stuff,” he said. “People have been applying for medical schools in the Caribbean, like Belize. They come to this country in order to see that what they see on the Internet is true, or it’s all hocus-pocus. All these things they are paying their money for are not in existence,” said Henry.

Henry said that no students have been seen at the school, and that makes him, and members of the Ladyville community, believe that there aren’t any students enrolled at the medical school.

Menzies said that medical schools can be beneficial for Belize if they are properly instituted, but he does not believe that AGUSM is one of those schools. He said the school claims to have graduated 200 medical doctors, but he did not find any of those students in an online research he carried out.

He added that the Government needs to get involved in the situation and investigate the school.

“People are being exploited, taken advantage of, being ripped off,” he said. “We need to stop the madness.”

There wasn’t much coming from the Government in response to the allegations about AGUSM until Tuesday, April 23, when a press release was issued by the Ministry of Education, Youth and Sports.

AGUSM was originally opened in Belmopan, but has since relocated to San Pedro, and now to Ladyville, said the release, which added that AGUSM was given a charter to operate a medical school in November 2005 under the previous administration, and the charter does not require the administration to notify the Government of changes in location.

The Ministry included in its release that an inspection of the new location had been planned, but wasn’t done because the move occurred at the end of the fiscal year and made it (the inspection) difficult to conduct. The visit is to happen shortly, the Ministry said.

The president of AGUSM, Dr. Malik Soudah, has called a press conference to be held on Friday, April 26, to discuss the situation.