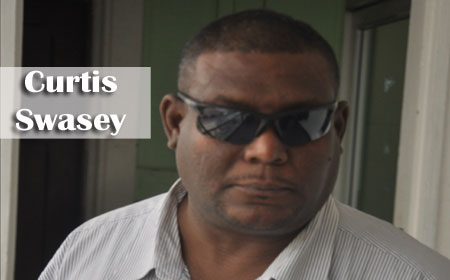 BELIZE CITY, Mon. July 25, 2016–In February, the Supreme Court found that Belize Telemedia Limited (BTL) had pirated the concept of the SMS lottery texting game Mek Mi Rich from a proposal made to the company by Corozal businessman Curtis Swasey and the court awarded Swasey $25,000 in damages, but what was left was for the court to determine the cost of court that BTL must pay Swasey’s attorneys, Kareem Musa and Wayne Piper.

BTL eventually paid Swasey last month after a Supreme Court marshall went to the company’s St. Thomas Street headquarters to crowfoot its assets to secure payment of the court judgment.

Last Wednesday, the court arrived at a figure for the cost of the litigation, and Swasey’s attorneys were awarded cost of court of $58,790.10.

Kareem Musa, the lead attorney in the case, told Amandala today, Monday, that he is appealing the amount that Supreme Court Justice Courtenay Abel has awarded to his client.

BTL, too, has filed appeal papers against the court’s ruling against the company. While that appeal works its way through the court, BTL is on the hook for the almost $59,000 of legal fees that the judge has ordered it to pay.

In the meantime, the Mek Mi Rich game show, the airing of which was discontinued after a relatively brief period, has been put on indefinite hold.

Mek Mi Rich (MMR) production is a company that was set up by Andre Vega, a son of the former Deputy Prime Minister Gasper Vega, and his business partner SanJay Hotchandani.

The court found, however, that BTL had violated the confidentiality agreement it had with Swasey.

So far, Mek Mi Rich has cost BTL $83,780.10, and this figure does not include what the company had to pay to its attorney, Magali Perdomo.