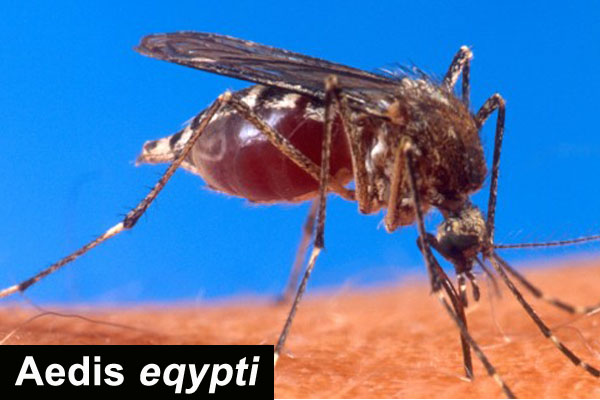 Male GM mosquitoes have “lethal genes” to kill their own offspring

Director of Health Services Dr. Michael Pitts indicated to us today that there has been talk in scientific circles of a push to get the Caribbean to introduce genetically modified (GM) Aedes aegypti mosquitoes, in a campaign by the UK company, Oxitec, to get its GM organisms widely injected into the region as a mechanism which the company proposes to check the incidences of dengue—which the company says is the fastest-growing mosquito-borne disease which affects at least 50 million people across the world each year, with 25,000 deaths.

The issue came to the fore recently with the talk of Brazil using GM mosquitoes to reduce the risk of transmission of diseases to visitors at the World Cup being hosted this month by that country.

On Friday, Oxitec announced that Panama became the first country in the region to introduce the GM mosquitoes.

Asked whether Belize is considering the introduction of the GM mosquitoes, we were told that no policy decision has been taken, and it has not been up for formal discussion within the Ministry of Health.

In its news release Friday, Oxitec said that the introduction of the GM mosquitoes is “part of an innovative approach to combatting the pests that spread dengue fever.” However, the company cited no risks or human health concerns, as other information sources do.

“Following official approval from Panama’s National Biosafety Committee in January, the first of Oxitec’s GM mosquitoes have been released in a suburb of the Arraijan district, west of Panama City, as part of a controlled field experiment to evaluate the effectiveness of the approach for controlling the dengue mosquito in Panama,” Oxitec said.

It added that, “the male mosquitoes used in the evaluation (males do not bite or spread disease) have been engineered with a lethal gene, which will kill the offspring of any female mosquito which mates with them.”

Oxitec says on its website profile of the GM mosquito that, “The progeny of such matings die as late larvae or pupae.”

We searched the website for more information and found this note, which fuels concerns some health professionals have about the release of the GM mosquitoes, whose offspring only die when the common antibiotic, tetracycline, is not available to them, although a very small percentage have been said to survive.

“In the wild, [tetracycline’s] absence facilitates lethality due to the over-production of a specific protein, tTAV… As tetracycline is also an antibiotic used for humans and animals, any release of transgenic [or genetically modified] female mosquitoes could result in blood feeding on a person or animal with elevated levels of tetracycline in the blood (e.g. as a consequence of therapeutic treatment),” the website said.

Dr. Guy Reeves of the Max Planck Institute for Evolutionary Biology, based in Germany, has expressed concerns over transparency with vital information.

“The problem is that genetically-modified female mosquitoes [which are also produced by Oxitec, but which were reportedly not released in the Panama trial] can still bite humans. This means the protein which kills their own larvae might be injected into humans when the mosquitoes suck their prey’s blood, with unknown consequences for the human organism,” Dr. Reeves has said.

It added that the release of the genetically engineered mosquitoes will be continuing until the end of the year, the duration of the mosquito season, unless control is obtained earlier, the company said.

Gorgas Institute in Panama is the local body overseeing the program. Its director, Dr. Nestor Sosa, has said that dengue cases in Panama had tripled between 2012 and 2013, and Oxitec’s technology has shown great promise in Brazil and the Cayman Islands, and it can reduce reliance on pesticides.

“Assuming we can show it to be equally effective here, we could be looking at an important new addition to our existing approaches for controlling the dengue mosquito — and that would be very good news for the people of Panama,” the director said.

Oxitec notes that with the beginning of this program, Panama becomes the first Central American country to use their GM mosquitoes, as part of a mosquito control strategy.

It added that, “Earlier this month, Brazil approved the commercial release of Oxitec’s genetically engineered OX513A mosquito strain, following a number of successful demonstrations of Oxitec’s technology in the country.”

According to Oxitec, “OX513A has regulatory approvals for import and contained testing in Brazil, Cayman Islands, France, India, Malaysia, Singapore, Thailand, USA and Vietnam. Open field trials have taken place in both Grand Cayman and Malaysia, and are currently also underway in Brazil.”