Murder in “Another World” 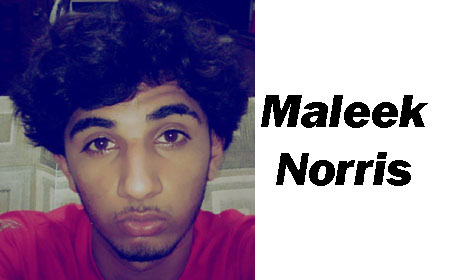 ANOTHER WORLD, Roaring Creek, Cayo District, Mon. July 11, 2016–Maleek Norris, 19, of Roaring Creek, died after a gunman blasted him in his lower abdomen and right arm with a homemade firearm that fires shotgun cartridges, at about 2:30 yesterday afternoon in Roaring Creek.

Norris was rushed to the Western Regional Hospital, but he died shortly after. His body was taken to the morgue, where it will undergo the mandatory postmortem exam to certify the cause of his death.

Reports are that Norris was walking on a road in the Another World area when the gunman came up and shot him. His neighbours rushed him to the hospital.

Police, who conducted a quick investigation, arrested the alleged killer and recovered the homemade gun. Police said that they will charge him with murder and possession of a prohibited firearm.

Superintendent Howell Gillett, Commander of Belmopan Police, said that Norris and the killer were involved in an altercation last week, which was not reported to police. He regrets that this altercation was not reported. The Commander said that if they had been informed, the process of intervention would have been conducted and perhaps the death would have been avoided.

Gillett said that the murder was an act of retaliation.

In an interview with Love News, a witness who saw the incident unfold, said that the shooter, 18, was under her house in the Another World area when he saw Norris walking on the road. The man then took the gun and loaded it with the cartridge he took out of his pocket, and went after Norris and shot him.

She reported that the man had been under her house thinking about the people who would grieve after his deed, and when he expressed his thoughts, she told him not to do it and tried to talk him out of it.

Gillett said that the homemade gun is common in the Belmopan-Roaring Creek area, and it is quite capable of firing a shotgun cartridge.

He cautioned that the guns are easy to manufacture, but are very dangerous to handle, and the possession of it carries a heavy penalty.