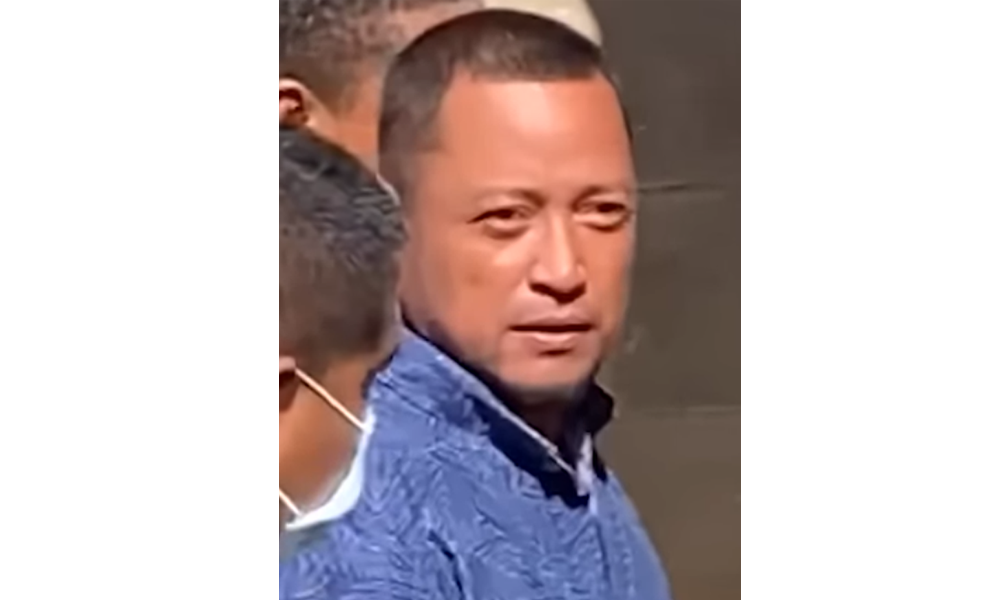 On December 18, 2020, Justice Colin Williams acquitted Woman Police Constable Michelle Brown in the Supreme Court in Belize City of the sensational December 2017 slaying of well-known barber Fareed Ahmad, but he did not exonerate her. Justice Williams ruled that he could not convict Brown because of inconsistencies in the evidence presented by the prosecution along with “disappearing evidence” that included crime scene photographs which were reportedly taken, but not presented to the court, as well as particles and swabs taken by scenes of crime personnel from Fareed’s BMW SUV.

Ahmad died while receiving treatment at the Karl Heusner Memorial Hospital after he was shot in the head inside his vehicle, which then crashed into a truck that was parked on the side of the road between Miles 16 and 17 on the George Price Highway. WPC Brown was found pinned inside the BMW SUV on the passenger side of Ahmad’s vehicle, and her service-issued weapon was discovered in the panel of the front passenger door of the vehicle two days after the murder, when firefighters were called to the Queen Street Station to pry open the mangled BMW.

Prior to the murder, Ahmad had made several complaints to the Professional Standards Branch of harassment by the Belize Police Department. Justice Williams, in his ruling, noted that he did not believe portions of Brown’s testimony in which she said in a statement from the dock that a third person got into Fareed’s vehicle and that that person, whom she recognised by voice as a member of the Special Assignment Team, was the triggerman who caused Ahmad’s death.

She identified that police officer as Corporal Elmer Nah and accused him of entering the vehicle through one of the back doors of Ahmad’s vehicle when they had stopped in Hattieville, uttering some words, pointing a firearm at the back of her head, and then attempting to fire twice, but the gun snapped.

According to Brown, Ahmad had stopped because she had attempted to exit the vehicle, but she remained in the vehicle after Ahmad offered to drive her further. Brown stated that it was after the vehicle was back in motion that Corporal Nah turned the gun on Ahmad, at which point a struggle ensued between the two men and the gun discharged, after which Nah allegedly jumped out of the vehicle.

As previously noted, Judge Williams acquitted Brown, but his ruling did not exonerate her. Neither did it dispel her accusations against Elmer Nah, who was called to testify and denied any involvement in the murder. He stated that on the night in question, he was at home with a relative of his – Senior Superintendent of Police Marco Vidal, who is also his uncle and who headed the unit to which Nah was assigned.

Last week, two years after Brown made those accusations, Nah was arrested, but for an unrelated act of violence. He is accused of the sensational double murder of two brothers — Jon Ramnarace and David Ramnarace — at the home of Jon Ramnarace in Maya Mopan, Belmopan. Controversy has erupted because, in the aftermath of those murders, a number of individuals have been making reference to Brown’s claims and wondering whether Nah might have indeed played a role in Ahmad’s death. Attorney Arthur Saldivar said that one of his former clients was an eyewitness (to the 2017 murder) and had given the police a statement that he had seen Nah exit Ahmad’s vehicle on the day he was shot and the vehicle crashed.

Commissioner of Police Chester Williams and well-known criminal attorney Richard “Dickie” Bradley had reviewed the police file of the incident, and both men in broadcast interviews have stated that it does not substantiate Brown’s claim. Apparently, the file does not contain a statement by “Mr. Lewis”, Saldivar’s former client.

Jason Betson, a witness at Brown’s trial and a resident of Mile 16 on the George Price Highway, had testified about the accident scene that unfolded in front of his home on that December 28, 2017 morning.

He said he and others pulled Ahmad and Brown from the vehicle, and that Brown allegedly told him that she and Ahmad had been fighting. He did not say that there was anyone else in the vehicle.

Brown told the court that after the incident, she was taken to the Karl Heusner Memorial Hospital, where she was visited by a man who threatened to kill her children if she spoke on the matter. She did not indicate the identity of the man, and following her acquittal, she fled to the United States where she is seeking asylum.

In an interview broadcast on Love FM on October 25, 2022, attorney Arthur Saldivar said Lewis had told him that “… he was in the drain. When he first heard the gunshot when the vehicle was coming around the corner or around that curve, and then he saw when the vehicle steered into the parked or the other vehicle on the side of the road and slammed into it. So he ran and jumped into the drain, and when he jumped into the drain he said he came face to face with Elmer Nah.”

“That’s what he told me. He came face to face with Elmer Nah, and Elmer Nah was then taken into a vehicle and sped off from the area, then came back to the area, according to what he told me. Now, he also told me he gave a statement, so I’m kind of curious to know whether or not that statement was in the file that was examined by Mr. Bradley. If he did not indicate seeing that statement then it – I haven’t seen the interview that he gave in respect to what you’re talking about, I only heard about it. I haven’t had a chance to see it, but I would have thought that that would have been one of the first things you would look for, the existence of that statement in the file,” Saldivar said.

Saldivar called for the Ahmad murder case to be re-opened, and the possibility of Elmer Nah’s involvement to be re-examined if not investigated.

The Ahmad family are on record as having received threats texted to them from numbers associated with Nah. Commissioner of Police Chester Williams told the media that that matter was investigated, including the numbers that the text messages were allegedly coming from. “And during that process we had applied to BTL to get the phone records of those phones and again from BTL, the phone records showed that there was absolutely no communication between that number and the number that allegedly received those texts. So it was our conclusion that the messages were fake messages created by someone to create mischief,” said Williams.

Nah had claimed that he had given the phone away to an elderly relative.

But the controversy continues to swirl, since the Ramnaraces’ killings were caught on video in Maya Mopan, a small community on the outskirts of Belmopan that saw three murders at the end of December 2022.

An internal police report which was circulated to the media today raised questions about the motives for the brothers’ shooting, because two days before their murder and hours before Michael Williams was murdered there, a police report documented a home invasion and robbery of $250,000 in cash.

The victims, two elderly men, in their late 70’s and 80’s, told police on the afternoon of December 29th, that way back on October 14th, they were held at gunpoint by 5 Hispanic men, 3 of whom they recognized, and one of whom, they alleged, is a police officer assigned to the Roaring Creek Station.

There are rampant rumours alleging that the robbery, the killings and Nah are tied together. Michelle Brown was acquitted, but not exonerated, and she accused Elmer Nah.

Nah has been arrested and accused of Jon and David Ramnarace’s murder, a professional execution by all accounts, but by no means has he been exonerated of any of the accusations at this point in time.