Narco-democracy and its self-inflicted wounds 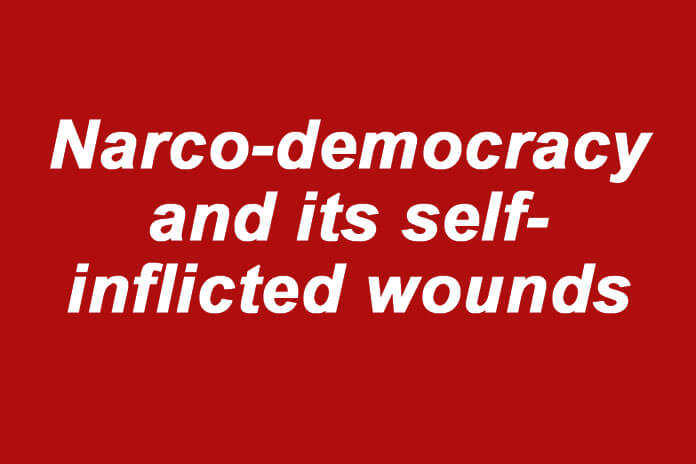 The only people who are surprised at these decades-old games are those wittingly or unwittingly ignorant.

RATHER THAN THE PURSUIT OF A NATIONAL VISION OF EXCELLENCE AND INTEGRITY IN NATION-BUILDING, Belize evidently chose a different path.

Belize opened itself and increasingly became the playground for mischief … attracting all manner of devious, smooth-talking characters and pimps at home and abroad.

This translated into a culture of escalating trickery, political shenanigans, gratification in the pursuit of ill-gotten gain, pimping, and the unending death and spilling of blood on our streets … made possible only because there are pushers, enablers, and facilitators at every level.

Those who sell their souls for short-term gain think they’ll gain the world, but it inevitably comes back to haunt them, their children, and the nation-state in one way or another.
Learn this: Those who sacrifice principle for profit ultimately end up with neither. It is so written.