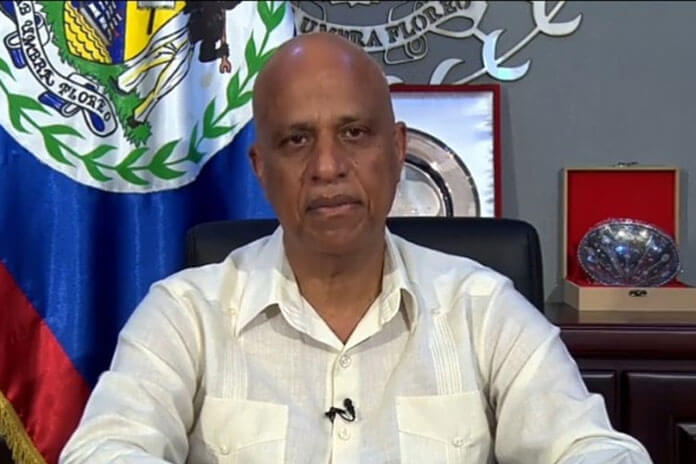 3rd COVID-19 case is said to be living in Belize City, and that caused the declaration

BELIZE CITY, Mon. Mar. 30, 2020– The coronavirus, which the World Health Organization (WHO) dubbed COVID-19, and which was declared a pandemic on March 11, has had a devastating impact on several countries, killing thousands of infected persons worldwide.

Today, March 30, Reuters reported that the coronavirus has killed 35,000 persons and 738,000 are infected with the disease. The coronavirus epicenter shifted from China to Europe, with Italy and Spain experiencing the most deaths as a result of the disease.

Also on Sunday, Belize’s Ministry of Health confirmed that a third person in our country has tested positive for coronavirus. This, like the first coronavirus case, was also an imported case, with the victim coming into the country on March 20, one day after the arrival of the first case.

The third case is a male Belize City resident who came into the country from New York, one of the hardest hit areas in the United States, where there are more than 66,000 cases and the death toll is continuing to rise.

Last Thursday, in its determination to ward off the spread of the coronavirus, the Government of Belize introduced strict quarantine measures, some of which are enforceable with heavy court fines to deter would-be violators.

This afternoon, in the wake of the third confirmed case of coronavirus, government ratcheted up its fight to contain the spread of the deadly virus by introducing a countrywide state of emergency. Prime Minister Dean O. Barrow made the announcement on a video broadcast to the country.

In his press statement, Prime Minister Barrow, in reference to what he had stated at last Wednesday’s press conference, said, “I made clear that we were not then announcing a national shutdown. The circumstances at that time, in our view, did not yet warrant it. But I also made clear that we should prepare ourselves for just such an eventuality: that there were possible, indeed likely, developments that would act as triggers for a shutdown.”

The PM went on to say that a Belizean who arrived on March 20 from New York had tested positive for the novel coronavirus.

”That person claims to have been in self-isolation since his arrival back in Belize and was able to show health workers the contained and separate lower flat of the building in which his claimed isolation took place,” Barrow explained.

Barrow added that the person who tested positive is living in Belize City, “…home to the largest population concentration in our country.” “For the National Oversight Committee, and for the Cabinet of Belize, this is very significant. Clearly, the crowds in the old capital make us more susceptible to widespread transmission,” Barrow went on to say.

“Thus, a comprehensive tracing of the afflicted individual’s possible contacts and a wider mapping exercise are both being done by the Ministry of Health team,” he said.

Barrow explained that the best way to at least slow, and hopefully, stop, the spread of the virus is through strict enforcement of the physical distancing, self-isolation, and quarantining measures.

“Even though we have already imposed a state of emergency for Ambergris Caye and passed two statutory instruments imposing penalties — including jail time for those that do not comply with the law — too many Belizeans are not taking the measures seriously enough. In all the circumstances, we consider it our duty now to do even more to prevent any chance of Belize City becoming an epicenter of COVID-19; indeed, to try to protect our entire country from the novel coronavirus.

“Accordingly, I will be advising His Excellency the Governor General to declare a nationwide state of emergency for the country of Belize. This will go into effect at midnight on Wednesday, April 1st, and will include a curfew from 8:00 p.m. to 5:00 a.m. every day. The state of emergency is to last for 30 days in the first instance,” the PM said.

For as long as the state of emergency lasts, members of the public are being asked to “shelter in place even during daylight hours and only to come out as absolutely necessary for purposes of procuring supplies, and doing such business and activities as are exigently required,” the PM said.

“Our National Task Force and our Caucus of CEOs have been planning for this eventuality for some time now. Nevertheless, and as we had promised, we are giving a couple of days’ notice for two reasons. Our people must have a chance to prepare for the new normal; and our officials must have a little more time to ensure that all systems are in place to guarantee the absolute availability of foodstuff and other critical supplies. The list of essential services and essential service workers is being finalized and their operational logistics are being fine-tuned,” Barrow added.

Tomorrow morning, the Prime Minister will be holding a press conference for the media to outline all of the details and logistical and organizational wherewithal of the state of emergency, Barrow informed.

Barrow assured Belizeans that the country has a sufficient food supply to take care of itself and there is no need to panic.

“Supermarkets, grocery stores, banks and credit unions will all remain open and every arrangement is being made for local producers to proceed uninterrupted with the provision of meat, chicken, eggs, rice, beans, grains, vegetables and so on. Cargo will also continue to come into our country and essential imports are also secure,” Barrow said.

Barrow added that local health teams are adequately staffed and supplied, and may have an “equipment overload.”

“Ministry of Health costed the requirements for a six-month battle against COVID-19 at around 12 to 15 million dollars, Belize dollars. We already have in hand close to 20 million dollars, and 13 million more is arriving from the IDB in a matter of weeks,” said Barrow.

“Government, as you know, is already borrowing 75 million from the Central Bank. But this is a drop in the bucket. It is my solemn promise to you, however, that we will get more. I am in no doubt that we will end up at least doubling that 75 million dollars,” stated Barrow.
“Thus, there will be add-ons to the disbursement of money to our unemployed, which disbursements start this week and will also initially utilize the contributions made by BEL, BWSL and SSB. The additional funding that we will procure will augment the national ongoing BOOST Initiative that also already puts cash in the hands of our people; and we will also expand countrywide, including to the rural areas, the Ministry of Human Development’s all-important food assistance program,” the Prime Minister went on to say.

“Belizeans: I say again that you are not alone. Together, we will overcome. And I swear by that Almighty God, whom I ask now to bless us all, that Government, our national partnership, and I personally, will do everything to bring Belize as whole as possible out of this national and international nightmare,” the Belize Prime Minister vowed at the end of his press statement.