BELIZE CITY, Mon. Nov. 11, 2019– The Football Federation of Belize’s (FFB) National Amateur Women’s League (NAWL) 2019-2020 Opening Season has completed its fifth week of games, and already there appear some interesting match-ups to be anticipated, as there are still 2 undefeated teams each in the North and South groups. (See Week 5 standings below; our apologies for last week’s error in labeling Week 4 standings as Week 5.) 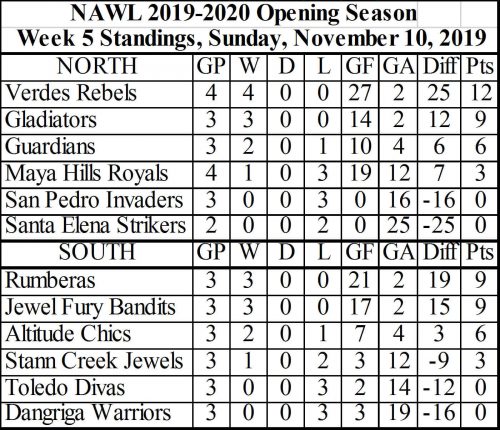 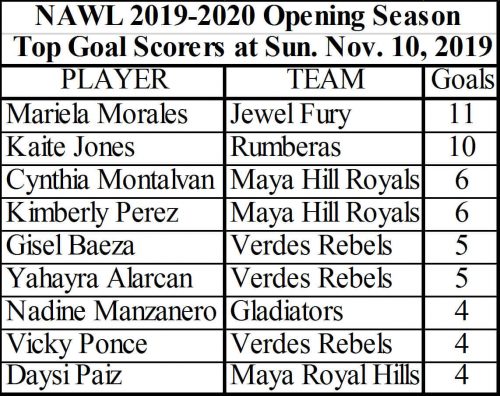