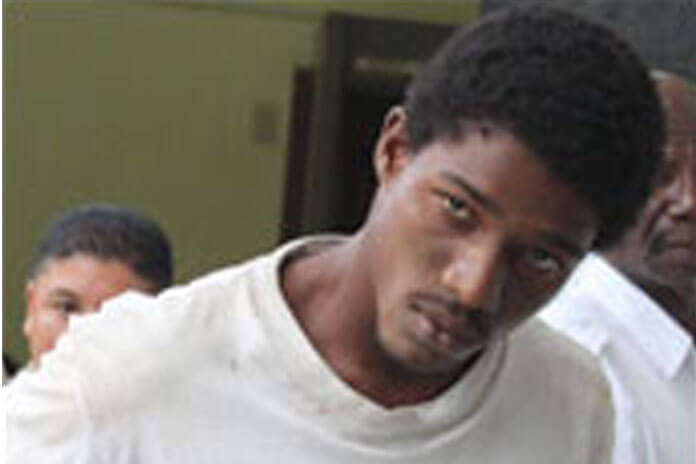 Michael Bucknor was walking on Fabers Road when, as he reached near Tony’s Shop, Sydney allegedly shot him in the back of the head.

On June 30, 2013, Sydney gave a caution statement to the police in which he admitted that he fatally shot his uncle. He said he did so because his uncle treated him badly and would berate him by telling him that he would get nowhere in life because he was illiterate.
He also said that his uncle used to give him only $5 every week out of the money he would collect as rent from the tenants who rented the apartments of his father, Sydney Bucknor, aka “Bingo King”. It was his statement which the Crown relied on to get a conviction.

The statement was admitted as evidence after a voire dire was held to determine its admissibility. Sydney had given a statement from the dock in which he said that he gave the caution statement because he was being beaten by police.