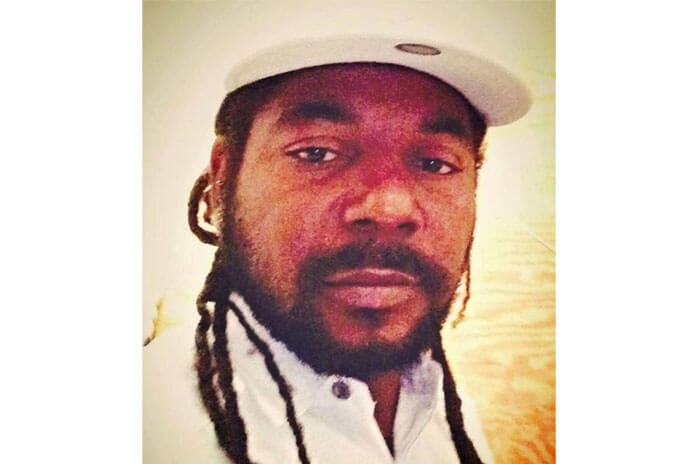 BELIZE CITY, Wed. May 27, 2020– Belize has many thousands of acres of land all across the country that remain undeveloped. Many acres of land have been bought by persons who have no intention of working the land, but who buy it just for speculation purposes.

Added to this is the fact that the Government of Belize has no national land policy to address the needs of landless Belizeans. The Barrow administration squandered an opportunity to acquire lands recently when it decided to forgo $90 million in land taxes instead of nationalizing some of those lands for redistribution to the landless, grassroots Belizeans.

The level of desperation of many landless, grassroots Belizeans was on full display on Sunday, May 17, when a large crowd of persons met in Cotton Tree Village at Mile 44 on the George Price Highway and risked being arrested under the State of Emergency measures which prohibit gatherings of more than 10 persons.

What attracted this land-rush gathering was word from lands activist Nigel Petillo that a 2,500-acre plot was said to have been abandoned by its original owner, who was said to have died intestate.

Belmopan police eventually descended on the area, dispersing the crowd, and arrested Petillo for violating State of Emergency regulations. Commissioner of Police Chester Williams said on the government’s Ask the Experts webcast that all who went to Cotton Tree could have been arrested under the regulations.

The lands at Mile 44 that Petillo had identified as being abandoned, however, are being claimed by the Belmopan Land Development Corporation, according to the former Governor of the Central Bank, Glen Ysaguirre, and his son, Jarrad Ysaguirre, an attorney, who are purportedly representatives of the company.

The Ysaguirres’ coming forward and claiming ownership of the lands represents a major game-changer for land activist Petillo.

In a telephone interview, we asked Petillo to comment on the changed circumstances he faces in his efforts to claim the parcel of land at Mile 44 for grassroots ownership.

Petillo told us that there are people who have been farming portions of that parcel of land for 12 to 17 years.

“This land is big and there are at least 20 families who have been living on that land and farming on that land for over 12 years, and in some cases, for over 17 years. Now all of a sudden this company comes up and says ‘dem deh wait pan compensation from the government.’ Yu could call it squatting, call it whatever you want, but these people have been working this land for over 17 years,” Petillo explained.

Petillo went on to explain that if what the Ysaguirres are saying is true, that the government took away 1,500 acres from them, then at least 1,000 acres are still remaining.

“We are talking about Cotton Tree Agricultural Layout; no individual in Cotton Tree can show me a document that says they own lands in this agricultural layout,” Petillo said, adding, “Lands Department doesn’t want to give me any information about this individual and the land and the taxes owed.”

We asked Petillo if the company, Belmopan Lands Development Corporation, is registered at the Companies Registry.

Petillo replied that they are still searching for information on the company.

“It’s not so much about that piece of land in Cotton Tree; there are lots of lands sitting around idle in this country, and people need land. There have to be ways of making lands available to the grassroots people,” Petillo commented. He then added, “When governments come in, they and their cronies and their special interest groups get lands over and over.”

“If you are telling grassroots people that there are no lands, then we have to come up with a solution. Lands have to be made available to the grassroots people”, Petillo insisted emphatically.

Petillo thinks that there is a groundswell of support from various sectors of the society for the idea that lands have to be made available. He said that the government can nationalize lands and make them available to landless persons.

Petillo characterized the government’s $90 million land tax write-off as “hypocrisy,” and as special favors for the special class. “What you do is take back those lands and give them to the grassroots,” he said.

We asked Petillo to comment on reports that he is no longer a part of BGYEA (Belize Grassroots Youth Empowerment Association).

“Me and BGYEA part ways from around last year June,” Petillo explained. “I resigned as the president of BGYEA and moved on. I am no longer a member of BGYEA. I am putting together another body right now. I just have this passion in me when it comes to land distribution for grassroots people,” he explained.

Petillo said his new group will be “The Lands Advocacy Movement for National Development and Sustainability.”