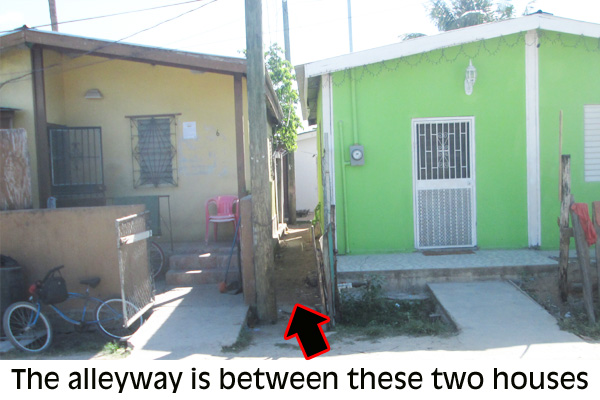 The Parham family of Curassow Street, who have not yet recovered from the death of their son, Derrick, who was killed at about 11:30 Saturday night on January 11, 2014, by a gunman who shot him in the back through the window of a vehicle that drove up behind him, have been further traumatized by the attempted murder of their other son, a daughter and a friend.

At about 8:30 p.m. on Saturday, March 1, a gunman rode up to the alley of their yard and opened fire on them while they were socializing at their home on Curassow Street.

Cole is admitted to ward at the Karl Heusner Memorial Hospital, and Parham and Samuels were treated and released. Parham is not able to walk as yet, and is staying off his feet for a while until enough healing has taken place.

Anthony Parham, Devin’s father, told Amandala that they were all socializing in their yard and many children and grandchildren were playing games and running around in the yard, while Devin, Samuels and Cole were talking in the alleyway which leads to their house, when a man rode up and stopped by the lamppost by their alley.

The man then fired a barrage of shots at Devin, Samuel and Cole in the alley. Some of the bullets hit them, while others hit the house. There was confusion in the yard, as those who were nearby ran for cover. The gunman then rode back towards Cemetery Road.

Police who rushed to the alley said that they recovered eight 9mm expended shells from the scene.

Police say that an investigation into this brazen attempted murder of the Parham family members has begun.

Parham said that he does not know why his family is being targeted. He told Amandala that many police officers live in the area, but they have never made complaints that his children are misbehaving or causing problems.

The angry father said that the children who were playing in the yard could have been hit by the murderous gunfire and the shooter did not care.

The police said that they have not yet arrested anyone for the attempted murder.

On the night of Saturday, January 11, 2014, Derrick Parham was walking home with his aunt and some friends when upon reaching near Curassow and Iguana Streets, a lone gunman on the passenger side of a red car drove up from behind.

A gunman pushed out half of his body and fired two shots at Derrick; one missed him, while the other hit him in his upper back, killing him almost instantly.

Derrick’s family said that they were at home in the yard when they heard the gunshots. Their father, Anthony Parham, and the children ran out to see what was happening, but had not thought that the target of the gunman was Derrick, because he was supposed to have been at his aunt’s house.