Looking ahead to November 4 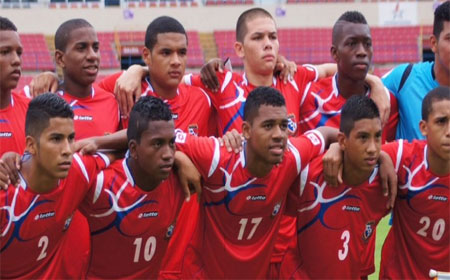 BELIZE CITY–Belize’s National U-17 squad began training this past weekend, after postponement the previous weekend due to rains.

We print the below reports to make our fans aware of the level of competition our boys can expect in next month’s Central American U-17 qualifiers in Honduras.

Nearly two months prior to its participation in a Central American qualifying competition for the 2015 CONCACAF Under-17 Championship, Panama will host a friendly tournament starting Wednesday and running through October 5.

The young Canaleros will welcome Canada, Costa Rica and the United States for three days of games at the Estadio Maracana.

“This quadrangular, given the rivals will face, will be stronger than the same UNCAF tournament, where we play against Guatemala and Nicaragua,” said Panama under-17 head coach Juan Carlos Cubilla. “We do not disparage the triangular rivals but playing against a world power in this category, such as the United States, and we face Canada, another country with great resources, and measure ourselves against Costa Rica, represents a great warm-up for our eleven.”

Panama has qualified for the last two FIFA U-17 World Cups (2011 in Mexico, 2013 in the United Arab Emirates). It will host the Guatemalans and Nicaraguans in Central American, Triangular II play from November 26-30, 2014.

The CONCACAF Under-17 Championship will be held February 27–March 14, 2015, in San Pedro Sula, Honduras.

Host Panama and the United States each won for the second time in as many games in the Under-17 International Tournament, posting shutout victories on Friday at the Estadio Maracana.

After a scoreless opening 70 minutes, the Panamanians netted four times in a 4-0 triumph over Costa Rica. Ronaldo Cordoba (70’, 90’) struck for two goals, while Leandro Avila (80’) and Adalberto Carrasquilla (85’) added one apiece.

The competition closes on Sunday with a doubleheader at the same venue as Canada takes on Costa Rica and Panama meets the USA.