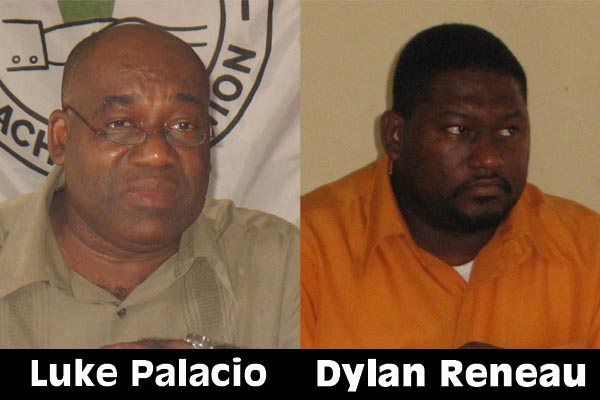 It is typically a bad sign for the government of the day when the unions begin to mobilize in opposition to their actions. The National Trade Union Congress of Belize (NTUCB), which represents seven unions, including the Public Service Union, came out today with a stern censure of the government and those responsible for the raging passport scandal coming out of the Immigration Department.

NTUCB, in its late release to the media today, had some choice words not only for the Prime Minister, but also for the law enforcement authorities and the people of Belize in general.

First, to the Prime Minister, who has insisted that there is no need for a criminal investigation into the matter, the NTUCB stated: “As evidence continues to come to light daily, even the blind can see that laws have been broken here! Vital processes have been circumvented and the integrity of our sovereign nation has been shattered.”

According to the NTUCB, “what we fail to realize is that for as long as we sit back and continue to allow this national betrayal to continue, we [as Belizean citizens] are part and parcel of the problem.”

The NTUCB said that red flags should have gone up a long time ago when “the unceremonious shuffle of the Minister and Head of Department took place at the Immigration Department. With not much public consternation raised at that time, new chapters were written in the now seemingly ongoing “bartering to the highest bidder, sale of our Belizean birthright.”

It’s as if we have gone on a mass publicity campaign with a slogan that reads… “Do you want a Belizean passport, Mr. Foreigner? Name your price… we are for $ALE!!!” said the NTUCB.

The trade unions said that this can no longer be allowed, and as a consequence, they are demanding that an independent investigation be conducted immediately; that criminal proceedings are initiated by all the relevant authorities as the laws of the land provide; and that all “players” found liable of any form of wrongdoing in this alleged scandal be dealt with to the “fullest extent of the law.”

The umbrella trade union organization further stated that they are also mindful that the expelled Minister of State, Hon. Elvin Penner “is not the sole operative here!”

The stern release from the NTUCB ended by affirming their support for “the activation of the recall mechanism”, which they say is needed to put some “bite in the bark of how Junior Minister Penner MUST be made answerable for his part in this fiasco”.

“This nation has lost confidence in him and a mere slap on the wrist will not do!” insists the union.

Yesterday, Tuesday, the Belize Teacher’s Union (BNTU) sent out a stinging press release, which stated that “The BNTU wishes through this medium to register its utter disdain for the current state of affairs reference the alleged sale of a Belizean passport to the Asian citizen in question.”

The release went on to say, “Let it be categorically known that the BNTU has an unflinching subzero tolerance when it comes to our nation’s patrimony being compromised… our Belizean birthright has been irreparably smeared and brought into question by this latest passport and nationality scandal… the whole matter reeks of corruption.”

The BNTU then urged the Government of Belize to “Apply the laws, NOW, as per requirement and leave no stone unturned.” The statement urged “all right minded citizens… to join in demanding that this declaration be heeded!”

The statement then closed by saying “the wheels of justice must turn in all quarters and in all directions… the BNTU is prepared to oil the wheel and keep it oiled!!!”

These are stern words coming from arguably the largest union, which has seemingly become intolerant of Government’s foot-dragging in its dealing with the “Penner Passport Scandal,” as the embarrassing scandal in the Immigration and Nationality Department has come to be known.

However, the teachers’ union and the umbrella union, the NTUCB, were not the only ones disturbed by the fact that Prime Minister Barrow has so far refused to view the fraudulent acquisition of Belizean nationality by a South Korean prisoner languishing in a Taiwan jail across the ocean, as a criminal matter.

Also yesterday, Tuesday, the Vision Inspired by the People (VIP) party called on the Senate to “apply its investigative powers to carry out a thorough audit and investigation of the nationality certificates and passports issued in the last 24 months.”

The VIP says that in order for a proper investigation to be carried out without any hindrance, intimidation or influence, Minister Godwin Hulse should surrender his portfolio as Minister of Immigration and Nationality.

Failing that, said the VIP, the Prime Minister should remove the minister from his Immigration portfolio and cause an independent inquiry in order to restore the national and international integrity of our passport.

The VIP was joined on Tuesday by the Chamber of Commerce and Industry, (BCCI), which said that “As nationalistic Belizeans and the drivers of our economy, the BCCI views with grave concern the allegation of rank corruption and reported breaches of procedures occurring within the Ministry of Immigration and Nationality.

“This incident has disgraced Belize internationally and has compromised the credibility of our nationality, cast doubt on our national security, and has injured our national pride as Belizeans. We call upon the Prime Minister, the Senate, and the Commissioner of Police to take immediate steps to address this most serious matter,” the Chamber went on to say.

The Chamber said that a “full criminal investigation” should be conducted, and the Prime Minister should “convene a Commission of Inquiry comprised of non-political men and women of integrity who can review the actions of the Minister of Immigration and the Immigration Department without fear or favor.”

The release concluded by insisting that “no preference be given to the Minister who is at the middle of this scandal, and that all persons who are found to have participated in or facilitated the issuance of this fraudulent passport face the full legal consequences of their actions.”