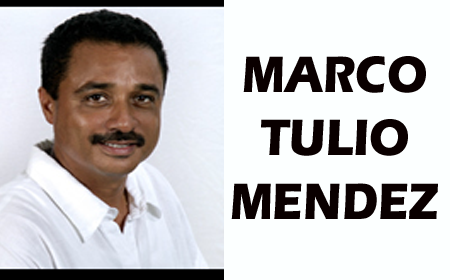 BELIZE CITY, Thurs. Jan. 29, 2015–Members of the Opposition, the People’s United Party (PUP), held a meeting yesterday afternoon, Wednesday, to discuss the very troubling reports coming out of the Orange Walk District that Dr. Marco Tulio Mendez, the area representative for the Orange Walk East constituency, is being accused of child molestation.

It has been reported in the media that two teenaged girls have made a report to the Department of Human Services that Dr. Mendez has had inappropriate contact with them.

Earlier this year, Dr. Mendez cited health reasons for his decision not to seek re-election to his Orange Walk East seat in the next General Elections, scheduled for 2017.

If criminal charges are brought against Dr. Mendez, there is a possibility he could prematurely resign from his seat in the House of Representatives, which would trigger a by-election right on the heels of the by-election that was held in the Cayo North constituency that resulted in a massive win for the governing United Democratic Party.

After the two- and-a-half-hour meeting ended, Opposition Leader Francis Fonseca, flanked by some of the party’s executive members, took questions from reporters.

Fonseca said that so far, they are dealing with allegations and rumors and that nothing formal has been brought to the Party’s attention.

“Obviously, as a party we take it very seriously; any such allegation has to be treated with the absolute seriousness that it deserves – like all Belizeans, we have zero tolerance for any, any act of that nature against any child in our society. So that obviously is our clear position,” Fonseca said.

Fonseca said that the Party has authorized him to take the necessary actions in response to this matter.

Asked if the Party will distance itself from Dr. Mendez if criminal charges are filed against him, Fonseca said, “All of those matters were discussed. I don’t want to get ahead of myself at all on this matter. It’s a very serious matter; we’re treating it very seriously. Of course we also have to understand that these are allegations against one of our colleagues, so we are concerned as well about Dr. Mendez. We’re concerned about his family; that is very important as well. So I’m not going to get ahead of myself at all. As information becomes available, as you said, if criminal charges are laid against him, we considered that issue and we have the responses that we will take if those things arise.”

In regard to their efforts to determine whether the allegations against Mendez are true, Fonseca said, “Well, yes, obviously all of us are interested in getting at the truth, finding out exactly what the facts are in this case. Yes, we are involved as a party in trying to determine what is true.”

When asked if Dr. Mendez would resign his House seat if criminal charges are filed against him, Fonseca said, “Speaking to him today, that is not his intention. He has said that he intends to defend his name vigorously, his reputation …he does not intend to resign.”