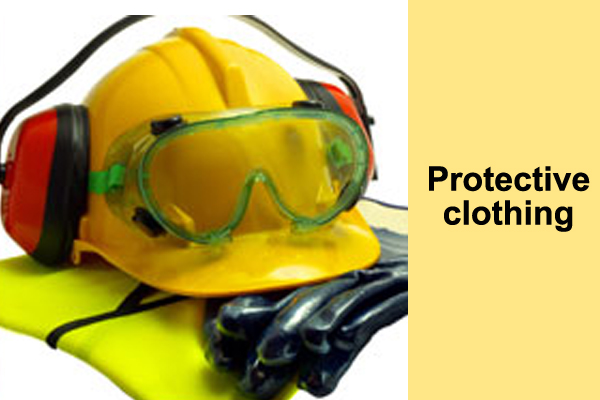 Fine of up to $250,000 or up to three years in jail for company rep for non-compliance

This week Parliament is expected to set a program of national consultations to garner public feedback on the recently tabled Occupational Safety and Health Bill (OSH), 2014 – a 72-page bill which, for the first time, sets out clear provisions which would make it a criminal offence for an employer to endanger the health of its worker, but which would also make workers criminally liable for failure to take protective precautions, or for creating risky situations to disrupt work.

Under the proposed law, workers would be protected from injury to the body and from diseases, and employers would be required to “implement an effective system for the prevention of occupational accidents and diseases, ill health and damage to property at workplaces.”

It also proposes “improved standards for occupational safety and health by providing clear objectives, obligations and functions beneficial to every workplace,” and sets out “duties and obligations of employers, workers, self-employed persons, manufacturers, suppliers, installers, inspectors, and other persons at work.”

The bill calls for the creation of the National Occupational Safety and Health Authority and the Occupation Health and Safety Inspectorate.

When he introduced the bill in the House of Representatives last Wednesday, Prime Minister Dean Barrow said that although the objectives of the OSH bill are indeed laudable, it is fair to point out that this bill, if made law, is going to come at a huge financial cost.

He said that it is perhaps time, and maybe even overdue, that Belize makes this quantum leap forward, but, he said, let nobody be under any illusion about the substantial burden and cost that will come to the Government, as regulator and employer, as well as to the private sector, including small business persons and self-employed individuals, who will also have to become compliant—even if they employ just one person.

Barrow said that the bill will require “a huge cultural change…”

There is some ambiguity as to how domestic workers or workers at private residences would be treated, and it appears that these provisions are to be fleshed out during the bill’s review.

Part II, section 6 (1) states that, “Every employer shall ensure, as far as is reasonably practicable, the safety, health and welfare at work of all his workers” and failure to do so would be an offence under law, once the bill is passed.

More specifically, employers would be mandated to provide and maintain “a workplace, plant or systems of work that is safe and without risks of bodily injury” and to provide “adequate and suitable protective clothing or devices to workers who in the course of employment are likely to be exposed to the risk of head, eye, ear, hand or foot injury, injury from air contaminant or any other bodily injury and the provision of adequate instructions in the use of such protective clothing or devices…”

The bill also looks at ensuring the safety of persons visiting an establishment, not just those employed by the establishment. For example, section 8 (1) says that “Every employer shall conduct his undertaking in such a way as to ensure, so far as is reasonably practicable, that persons not in his employment, who may be affected thereby, are not exposed to risks to their safety or health while they are at his workplace.”

Under section 48 (1), it would be an offence for anyone to “without reasonable excuse, deliberately create a risk, falsely create fear of risk or create the appearance of risk to the committee at a place of work with the intention of causing a disruption of work at workplace.”

There are many other offences created under the act: failure of an employer who has 20 or more employees to establish an OSH committee would be an offence. So would failure to comply with improvement or prohibition notices.

While most of the obligations created under the OSH are directed at the employer, workers would also have duties of compliance, and failure to do so could also constitute an offence.

For example, under section 11, a worker would be required to “take all care not to take any action, or make any omission, that creates risk or increases an existing risk, to the health or safety of any worker including himself or to another person” and to “at all times wear or use any protective equipment or clothing provided by the employer for the purpose of preventing risks to his safety and health…”

The bill will be subject to a round of national consultations to be led by the National Assembly. Barrow said that this process will likely result in modifications to the existing bill and “ultimately, if the society says ‘no,’ no it is!”