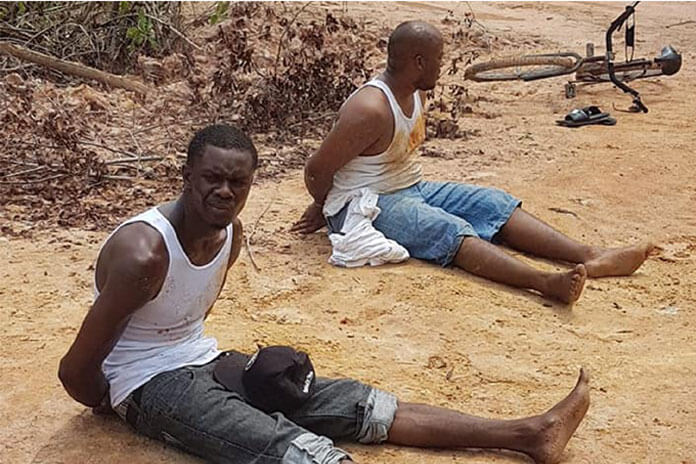 BELIZE CITY, Sat. May 9, 2020– Two men who allegedly stole a Yamaha outboard engine from a boat in Driftwood Bay, Belize City, have been arrested and charged with theft and possession of stolen goods. They have been detained pending arraignment at the Belize City Magistrate’s Court.

Reliable information is that the engine owner reported the engine stolen, and yesterday, while scrolling through Facebook posts, he saw his engine being sold on Facebook.

The engine owner immediately alerted police, who saw the posting and carried out a sting operation. 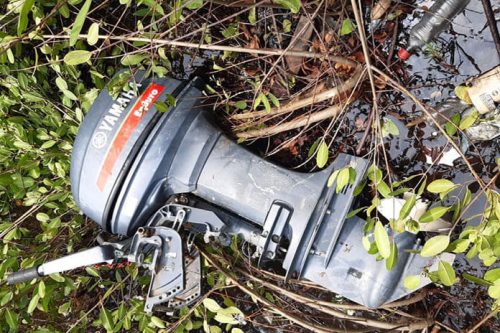 Police said that they went to the Gungulung area, where they saw the engine, and after checks and confirmation were made, police, posing as buyers, found that the engine was the engine that had been stolen from Driftwood Bay, and the two thieves were arrested.

Police said that there is a team that monitors Facebook and other social media pages to find persons who are conducting criminal activities.

Feature photo: Police arrested these men in connection with the theft of the engine