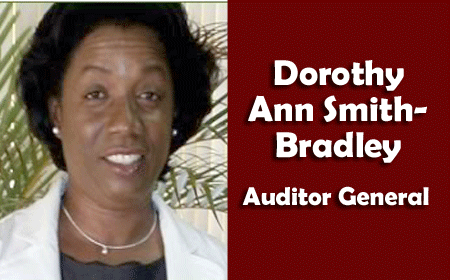 Ruling party members insist that meetings will not be public

BELIZE CITY, Tues. Aug. 29, 2017–The Public Accounts Committee (PAC), which met in a planning session yesterday, has decided that it will hold three meetings to probe into the recently unveiled Annual Report of the Auditor General for the year 2012-2013, which has unearthed a string of questionable transactions, including the purchase of vehicle parts from a well-connected company for as much as 5 times the price of its competitors.

As we reported just over a week ago, PAC chairman, Julius Espat, Opposition People’s United Party representative for Cayo South, had called for a meeting to probe into the report which raised concerns about public spending under certain government ministries, such as the ministries of Works and Education.

Espat had told the media that the Auditor General’s report did not go far enough, as it included audits of only select ministries.

In their session yesterday, the PAC members agreed that Auditor General Dorothy Ann Smith-Bradley and her team would be called to appear at the first session, slated for Thursday, October 12.

Whereas the Opposition People’s United Party members of PAC, Espat and Caribbean Shores area representative Kareem Musa, called for the meetings to be held in public—as was done before—the ruling party members who make up the majority (Dangriga rep Frank “Papa” Mena, Albert rep Tracey Taegar-Panton, Collet rep Patrick Faber and Belmopan rep John Saldivar) were adamant that they should be private. The basis, they argue, is that the standing orders say that meetings of the PAC should be private.

An official source told us that there was no discussion during yesterday’s session over whether substitute members should be called to the PAC to sit in for Faber and Saldivar. As we had previously indicated, their participation in the PAC meetings may be a counterproductive force, since Faber is the head of the Ministry of Education, one of the ministries featured in the report, and Saldivar is said to be connected with the owner of Special Effects, the company which had a preferential arrangement with the Ministry of Works (also featured in the report), under which the Government paid well above the price charged by competitors for items of similar quality.

Apart from calling the Audit team, the PAC also intends to call Financial Secretary Joseph Waight and Accountant General Anna Bennett, as well as chief executive officers and ministers of the respective ministries audited to ask them questions about what appeared in the Auditor General’s report.
There are two other sessions planned, and those are slated for October 26 and November 9.

We are told that the last PAC meeting was held roughly 3 years ago, at which time the Opposition boycotted the meeting because the ruling party majority insisted on probing audits going back to 2003, during the era when the Opposition was in power, before it addressed audits for the period under the United Democratic Party.

When the last series of PAC meetings were held in 2013-2014 under the UDP administration, the committee agreed that the media, social partners and the public at large could attend those hearings. Yesterday’s decision to meet behind closed doors is a reversal of that decision.