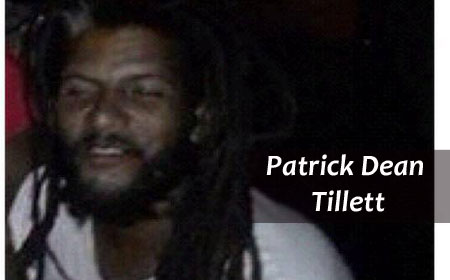 BELIZE CITY, Thurs. June 25, 2015–The seemingly never-ending gun violence in Belize City has claimed yet another life, this time, that of a well-known taxicab driver Patrick Dean Tillett, 39, of Hattieville, also known as “Nally,” who was sitting in front of a house on Cairo Street, a dangerous area in the city’s south side, last night at about 9:30.

Tillett was shot multiple times by an unknown gunman.

Police reports are that Tillett was sitting on his car, which was parked in front of the house, when an unknown man came up from through an alley connecting Cairo Street to Far West Street, and fired about five shots at Tillett.

Police, who quickly went to the scene of the shooting, found Tillett lying on his car. He had been shot in the head, chest, left upper arm and in the left armpit. He was declared dead on the scene.

Police are looking for a man who is known to them in connection with the murder.

Tillett’s friends on Magazine Road told Amandala that he had been with them earlier, socializing at a mechanic shop in the area. He then said he was going, and shortly after, they heard several gunshots and within a short period they saw the police mobile unit pass, with a body in it. They drove to the Karl Heusner Memorial Hospital, where they confirmed that Nally was in the police mobile, and he was dead.

Superintendent Hilberto Romero said that Tillett is not known to police, and the motive for his murder is unknown.

Tillett’s friends, however, said that they are upset, because Nally’s car keys, his wallet, cell phone and slippers are missing, and police cannot give an account of them.

He said that Nally was operating his taxi cab throughout yesterday and money should have been in his wallet, but not even his wallet was found. They are appalled that he was robbed after he was shot.

A friend of Tillett’s, known as “Ras”, said that everyone knew Nally, and that he was a taxi man with no enemies. He was not involved in criminal activity or any type of conflict, so he was killed for no reason, simply because the men whom the killer was looking for were not present.

Police have detained some suspects as the investigation continues, but so far, no one has yet been charged.

Patrick Tillett is from Hattieville and he was the father of two children.