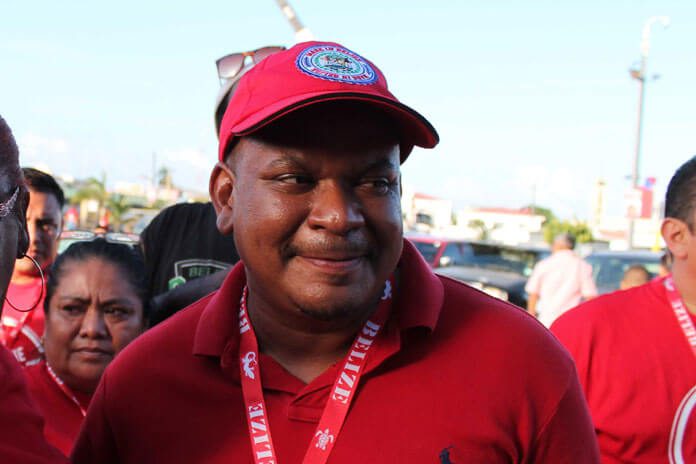 If the former UDP chairman, Alberto August, did not win the deputy chairman seat, it would have been a complete and total wipeout for Faber and his team.

Notwithstanding Faber’s defeat, when Saldivar called him to the podium, Faber appeared magnanimous in defeat and pledged his support to the new UDP leader, Saldivar.

Prime Minister Dean Barrow and his deputy, Faber, apparently did not enjoy a close relationship, and the PM did not support Faber for the leadership bid.

That appeared to have prompted Faber to submit his resignation as Barrow’s deputy less than 24 hours after his defeat at the convention.

Faber shared his resignation message to Prime Minister Barrow in a Facebook post: “Thank you for the honor and privilege of having me serve as your Deputy Prime Minister for the last three and a half years. Please accept my resignation from this post. Realizing that the Deputy Prime Minister serves at your pleasure and not necessarily because of holding the position of first deputy leader of the party, I still see this as an opportunity for you to make a fresh appointment. I … remain committed to serving our beloved Belize with honesty, integrity and service …”

Hon. Hugo Patt won the UDP’s first deputy leader spot, and is expected to be named as Deputy Prime Minister eventually, either by PM Barrow or by the new UDP leader, Saldivar.