Pfizer Asks F.D.A. to Authorize Its Covid-19 Vaccine for Children 5 to 11

The agency has promised to move quickly on the request and tentatively plans to meet on Oct. 26 to consider it. A decision could come soon after Halloween. 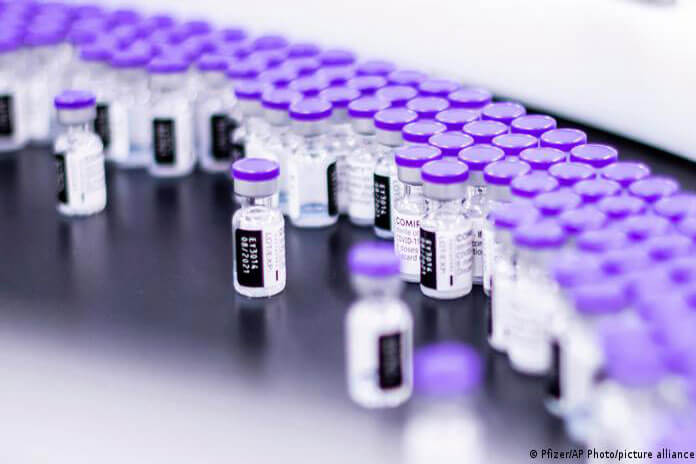 Oct. 29, 2021 (New York Times)
WASHINGTON — Pfizer and BioNTech asked federal regulators on Thursday to authorize emergency use of their coronavirus vaccine for children ages 5 to 11, a move that could help protect more than 28 million people in the United States.

The companies say they are submitting data supporting the change to the Food and Drug Administration. The agency has promised to move quickly on the request and has tentatively scheduled a meeting on Oct. 26 to consider it. An F.D.A. ruling is expected as early as Halloween.

A meeting of expert advisers to the Centers for Disease Control and Prevention has been scheduled for Nov. 2 and 3, according to people familiar with the planning. The C.D.C.’s recommendations are typically the federal government’s last word on vaccine policy.

“With new cases in children in the U.S. continuing to be at a high level, this submission is an important step in our ongoing effort against Covid-19,” Pfizer said on Thursday.

Parents across the United States are anxiously awaiting the regulators’ decision, which could affect many aspects of family life and the operation of schools. Clearance depends not only on the strength of the clinical trial data, but also on whether the companies can prove to regulators that they are able to properly manufacture a new pediatric formulation.
Pfizer’s announcement came on the same day President Biden visited Illinois to encourage employers to impose vaccine requirements, part of a broader effort by the White House to reach the tens of millions of Americans who remain unvaccinated. Mr. Biden last month announced he would mandate vaccination or weekly testing for workers at companies with more than 100 employees.

“We have the tools, we’re using them, and we’re making progress,” Mr. Biden said on Thursday. “We just have to finish the job.”

Shots for children represent another critical phase of the administration’s vaccination campaign, potentially allowing schools, workplaces and other venues to operate with fewer disruptions as the pandemic persists.

Pfizer has proposed giving children one-third of the adult dosage. Depending on what formulation Pfizer produces pediatric doses in, that might require adding a different amount of diluent to each injection or using a different vial or syringe. The company was expected to describe the method it intended to use in its submission to the F.D.A.

Regulators will have to examine the purity and stability of mass-manufactured doses of the vaccine and determine that it matches the quality and potency of doses given to children in clinical trials.

Children rarely become severely ill from Covid-19, but the Delta variant landed nearly 30,000 of them in hospitals in August. According to the American Academy of Pediatrics, nearly 5.9 million Americans younger than 18 have been infected with the coronavirus. Of the roughly 500 Americans under 18 who have died, about 125 were ages 5 to 11.

About one in six Americans infected since the beginning of the pandemic was under 18. But with the surge of the Delta variant, children accounted for as many as one in four infections last month, according to the American Academy of Pediatrics.

Full article can be found at: https://www.nytimes.com/2021/10/07/us/politics/pfizer-fda-authorization-children-5-11.html. First published by the New York Times.