Pilots of cocaine plane and others remanded further to March 18 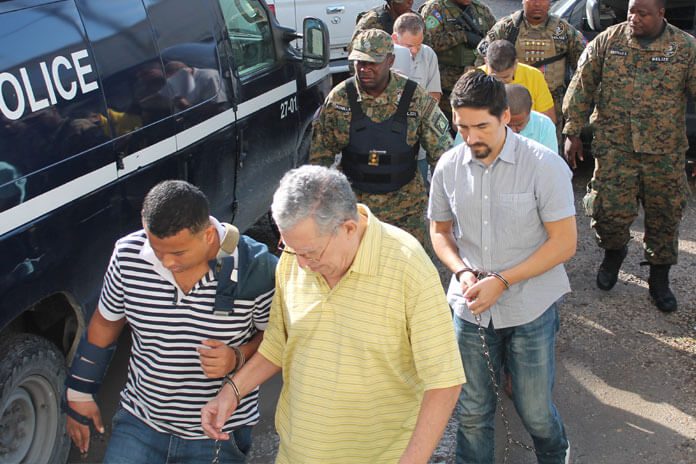 Meseguer, the pilot of the aircraft that was allegedly used to transport the cocaine, and Juan Cruz, the co-pilot, were also charged with abetment to the importation of cocaine and landing an aircraft without the permission of the Minister of Aviation.

The prosecutor, Corporal Chris Smith, said that the case file is not ready yet and asked for an adjournment until March 18. Chief Magistrate Fraser ordered that disclosure be provided to the accused men by that time.

Smith also said that by March 18, he would have received instructions from the Director of Public Prosecution (DPP) as to the manner in which the trial would proceed.

The charges arose from a drug bust in September last year when police tracked down an aircraft that left from Venezuela and landed on the Coastal Road near La Democracia. The occupants of the aircraft did not surrender easily and there was an exchange of gunfire between them and the police, in which two of them were injured.