Right to the Point: Freedom 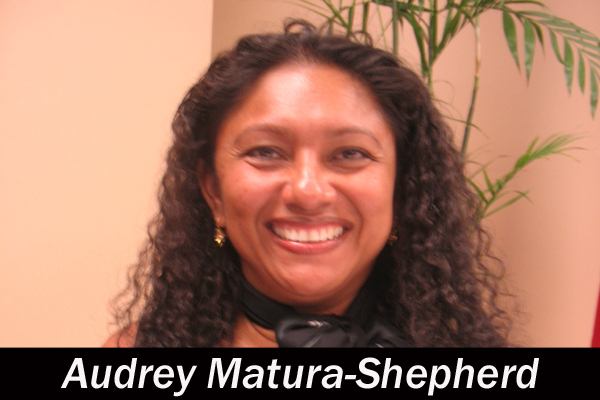 Freedom of expression ….freedom of speech… freedom of press….

Ironically our Constitution does not call for the expressed right to the free press …. So the freedom of the press to access information and report or inform the masses comes under the media person’s freedom of expression, which encompasses the oral and written word as enshrined in Section 12 of the Constitution of Belize.

The institution of the press thus was not recognized as a corporate body but rather in the individual right of the person to transmit and receive ideas. Thus I would explain that this freedom of expression can be exercised by a person either privately or publicly … he can express himself to one person or to the masses, but whichever it is, the constitution protects a person and guarantees him the freedom of expression. However, a person may consent to surrender this right.

Section 12 – Protection of freedom of expression

I do not know how many people have taken time out to read and understand how beautifully our Constitution explains one of our most used freedoms, which many take for granted …. Yes the freedom to express ourselves, which often times is by speech or writing … however includes many mediums including the arts or whatever means of communication or/and correspondence. So if you choose to communicate by using smoke signals, sign language, letters, emails or telephone, NO ONE … not even the STATE should be able to interfere with said right. The exact wording is as follows:

But like with any rights and freedoms there are restrictions which may be imposed by the state in the following situations as it states at Section 12(2):

“(2) Nothing contained in or done under the authority of any law shall be held to be inconsistent with or in contravention of this section to the extent that the law in question makes reasonable provision-(a) that is required in the interests of defence, public safety, public order, public morality or public health;

(b) that is required for the purpose of protecting the reputations, rights and freedoms of other persons or the private lives of persons concerned in legal proceedings, preventing the disclosure of information received in confidence, maintaining the authority and independence of the courts or regulating the administration or the technical operation of telephone, telegraphy, posts, wireless broadcasting, television or other means of communication, public exhibitions or public entertainments; or

(c) that imposes restrictions on officers in the public service that are required for the proper performance of their functions.”

Now under the exception the biggest abuse is usually in the area of security, thus our telephones conversations and text can now be recorded and kept by the telephone companies. A justifiable exception is where family court matters are not allowed to be reported in the news so as to protect the privacy of the family and rights of minors.
However, having started my career pre-free media and now still participating in the media world, I worry about the recent trend I am seeing coming out to muzzle the free press and I do not see them getting any help from the Freedom of Information Act, which has turned out to be the biggest joke in town, under BOTH political parties when they assume majority in government.

The US Embassy brazen

But it is one thing for the government to put in place measures to curtail this freedom under the exceptions and it is another for a foreign state’s representative to come into our country and seek to impose its own system of curtailing free expression, especially by the media in Belize. Said state is no other than the presumptuous Embassy of the United States under the leadership of its new Ambassador, H. E. Jorge Moreno …. Hmmm, as I have said publicly before, not even the President, Barack Obama, tries to tell the media in their country so it cannot be that he is following suit from his president.

I read with dismay the media report that our journalists were invited to a media briefing with the new US Ambassador and some were told a little while before and others found out on the appointed day that media equipment were not allowed …. What???? And that the Embassy would furnish the pictures and any recordings …. UNIMAGINABLE!

So I must say, after the USA tries to give the impression that they respect the Fifth Estate – the media, and are big on freedom of expression to the point that comedians can say the nastiest and most vulgar jokes on HBO, why would they look down on Belize and treat our media as second-rate? Come on, Mr. Moreno … I personally fought too hard in my time as a journalist for the rights our media people now enjoy and I will not stand by while a foreign power comes here and tries to set us back centuries.

In the old days

In my early days in the media, I remember nothing was recorded or reported on the only radio station (Radio Belize, later BCB – Broadcasting Corporation of Belize) and the then only television station (Channel-3) unless the Hon. George Cadle Price said so …. And the then Governor General, Dame Minita Gordon, was a stickler for what her media favorites would be allowed to report. I mean I remember those kiss-ass media people, some are still alive today. Of course I cannot forget the stress I as a young girl in my early-20’s had to endure to fight them to allow free reporting. Ironically, when the UDP finally won its first general election, after suffering years of media-block out, instead of changing it, they went ahead and implemented the exact same policy…..outrageous!

Yes, there was an era in Belize when we could not use our tape recorders, take pictures or even video, if the POLITICIANS did not approve, and truly often they only issued a written statement which we still had to read verbatim. And it goes without saying that we could not ask for an interview from any other person nor challenge those statements in any way! Yeah, that was the 80’s. I was working with Government, then Radio Belize transitioning between 1989-1990, just over two decades ago.

In my time, we had gotten for the first time the change of Radio Belize to a statutory body, and was promised no censorship … but old habits die hard and the same old heads running the station could not stop calling the politicians and getting approval before a story was carried (will have to write a piece on this issue alone!). And also, the politicians could not help but push their weight around and call on the chief, who did not hesitate to appease. I was glad when Channel 7 then emerged, then KREM Radio, and FM 2000 and now a proliferation of media houses.

But I am sorry I would not stand for censorship now …. Shame on the USA government to come and try impose on our journalists measures that they would not even impose in their own country. To my media colleagues I say…. BOYCOTTBOYCOTTBOYCOTT. Do not allow your rights and self to be disrespected in your own country ….

If the US’s argument is that they don’t want any equipment on their state-of-the-art compound that is rigged with all kinds of satellites and technology to scan Belize, then I say move the event to another location but DO NOT disrespect our media.

Of course I am ashamed to see that the media houses did not turn around and boycott, they went in and sat down and took the humiliation …. Sad day! So now say they will not tolerate it, but as one explained, their bosses who own the media houses and pay them, and love to be invited to the US Embassy cocktails, are asking them to swallow their pride and attend … hmmmm what a shame …. So as our constitution says, “Except with his own consent …”

Silenced … One step at a time

In my humble view our journalists and media houses erred when they did not stand their ground. Plus there are media houses with US interest and investment, such as Ambergris Today and the Reporter, so that could be a factor in being agreeable with the US Embassy’s approach. For me, however, they set the stage for what has followed with the recent announcement by the Police Department that senior police officers at Eastern Division will no longer be allowed to speak with the media.

According to the press release there is a newly formed Public Relations Unit and they will deal with queries, get the information from the police and then pass it on to the media … hmmm. I guess this is a nice way of saying the police are not competent or the “pros” will decide what the media gets and when. It would have been better if the Unit trained the police to give better interviews and to know what to say or not say, if it’s quality control they want …. But if it is information control, then they are on the right track!

My take is that this is wrong …. Trained police for every district should be allowed to speak with the media … but if our media personalities and houses never fight the “White House’s” approach … they paved the way for the police press unit’s approach.

But maybe there is hope that there will finally be some fight back, as Jules Vasquez has written to Mr. Douglas Hyde, who had the task of revealing the plan, and with his permission I share his e-mail response: “Sir, I find this unacceptable. It is unilateral, arbitrary and smacks of micromanagement and interference with the free flow of information essential to an informed citizenry. This is the first we are hearing of the ‘Community Public Relations Unit.’ As the main users of all police public relations output, I would have thought that we would be consulted, but instead we are told in a 50 word e-mail. I urge you to consult with the media so that we can be clear why this is being implemented and how it will affect our operations going forward. Honestly, it escapes me as to why senior officers with 20+ years in the police need to be micromanaged by this “Community Public Relations Unit.” I await your invitation to a consultation. Until then, I am boycotting all police public relations events, and I invite others to do the same.”

Media friends …. Stand together and boycott any person or entity that seeks to curtail your access to free flow of information and by extension your right to freedom of expression. If it cannot be on the record… it is not worth reporting! Also learn to find the moles and whistle-blowers and get the information from the informants … that’s how we defeated them in the old days! God bless Belize!